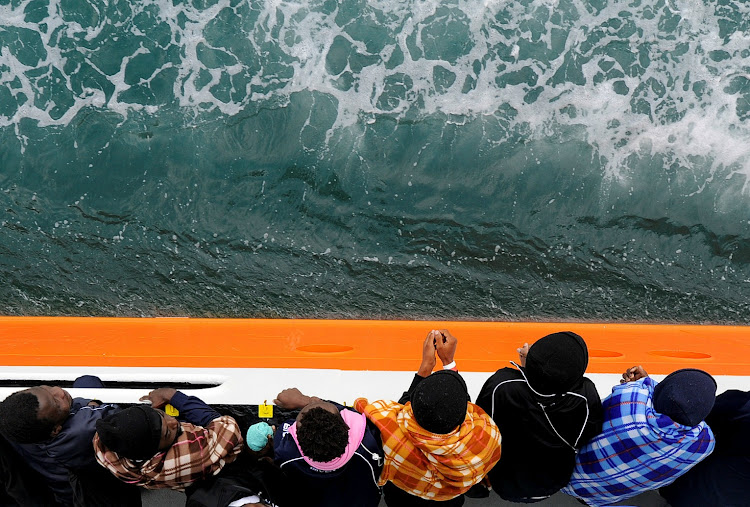 A ship loaded with African migrants sank off the Tunisian coast this week, killing at least 50 people.
Image: REUTERS/Guglielmo Mangiapane

The death toll from a ship packed with African migrants that sank off the Tunisian coast this week has risen to 50 after Tunisia recovered more bodies on Thursday, a civil protection official told Reuters.

On Tuesday 20 bodies were found off Tunisia's Mediterranean coast near Sfax on Tuesday. A total of 53 people had set out on the boat at the weekend aiming to reach Italy.

Last year, 86 African migrants drowned after their boat capsized having set off for Europe from Libya, in one of the worst such accidents in Tunisia.

"The number of bodies recovered has risen to 50. The coast guard is continuing searches to find more bodies within this ship," said Mourad Maechri, the civil protection official.

Among the dead were at least 23 women and two children, he said.

Ethiopia migrants recall nightmare when 64 died in a metal container

Silence gradually replaced the screams around Dejene Degefa as his fellow travellers suffocated one by one inside a locked metal container. He ...
News
1 year ago