But NGOs say it's a ploy to silence critics 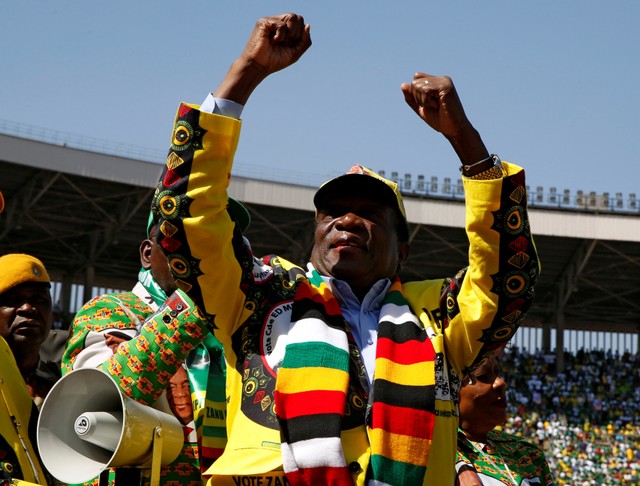 A coalition of non-governmental organisations in Zimbabwe says that government claims of a coup plot by the opposition and civic society are a ploy to silence critics.

Crisis Coalition, a grouping of 87 NGOs, said in a statement the claims by state security minister Owen Ncube were “worrisome and a direct threat to activists who dare challenge the status quo”.

Ncube issued his statement as Mnangagwa argued that the only crisis in Zimbabwe was in the “heads” of the opposition. Ncube, a close ally of the president, said the country's security and stability were under siege from several threats being fomented by internal and external actors.

He added that the “siege” was related to the MDC Alliance having lost the July 2018 polls much to the displeasure of the party’s foreign backers.

Defence and military veterans minister Nosiviwe Mapisa-Nqakula must "sacrifice" her salary for three months over the ANC's controversial trip to ...
Politics
1 year ago

Ncube made an opaque claim that there was an “Operation Light House” inspired by an unnamed Western nation to bring arms of war into Zimbabwe.

“Some rogue elements amongst us are conniving with some hostile Western governments to smuggle guns and set up so-called democratic resistance committees,” he said.

Ncube was added to the targeted sanctions list in October 2019 by the US government because of his alleged involvement in gross human rights abuses. In his statement, he accused the opposition of turning the Southern African Development Community (Sadc) and church leaders against Mnangagwa.

“They have also attempted to cause Western countries, the Sadc and churches to turn against government by making false allegations of human rights abuses. The negative forces have even gone to the extent of stage-managing abductions and propagating lies on social media,” he said.

MDC Alliance treasurer-general David Coltart scoffed at the claim saying the alliance was committed to non-violence. He drew a striking comparison of Ncube’s claim to one made in 1981 by Mnangagwa, then state security minister, when Joshua Nkomo’s Zapu was accused of attempting to overthrow the late Robert Mugabe just a year after independence.

What followed was a crackdown that resulted in the Gukurahundi massacres in which at least 20,000 civilian lives were lost in Zapu strongholds.

The nice little jaunt to Zimbabwe by ANC honchos - and the furore it unleashed - has somewhat overshadowed SA's fecklessness in its dealings with ...
Opinion & Analysis
1 year ago

There is a veil of secrecy around how the ANC will reimburse the state for the costs of transporting a group of party bigwigs to Zimbabwe in a South ...
News
1 year ago