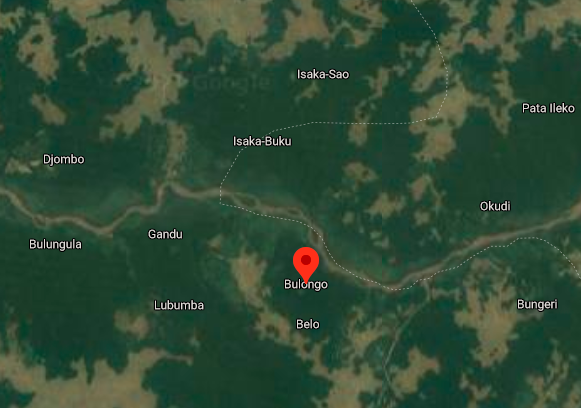 Men armed with knives and other weapons attacked the village of Bulongo, about 30 kilometres (18 miles) east of Beni, on Sunday night, the sources said.
Image: Google Maps

Attackers killed at least a dozen villagers in an overnight raid on a village in eastern Democratic Republic of the Congo, a witness and two civil rights groups said on Monday.

They blamed the Allied Democratic Forces (ADF), a Ugandan militia active in eastern Congo since the 1990s, which has committed dozens of brutal reprisal attacks on civilians since the army began operations against it in late 2019.

Men armed with knives and other weapons attacked the village of Bulongo, about 30 kilometres (18 miles) east of Beni, on Sunday night, the sources said.

“There are 12 bodies lying on the ground,” said Mambo Kitambal, head of a civil society group in Bulongo.

“We fear that this toll could increase especially since the enemy operated for several hours. The victims were executed with pickaxes and machetes,” he said.

On Wednesday the US designated the ADF as a foreign terrorist organisation, accusing it of links to Islamic State (ISIS), though UN experts have not found evidence of any direct relationship between the two groups.

The ADF killed about 850 people last year, according to UN figures.

“Here in the rain they savagely killed our brothers and sisters with knives and pickaxes,” said Paul Sakata, a resident of Bulongo.

“We regret that the army did not respond last night, which reinforces the fear in the heads of people in this part of the country, who were beginning to hope for peace.”

Congo's eastern borderlands with Uganda, Rwanda and Burundi are home to about 120 different militias, many of which are remnants of the country's brutal civil wars that officially ended in 2003.