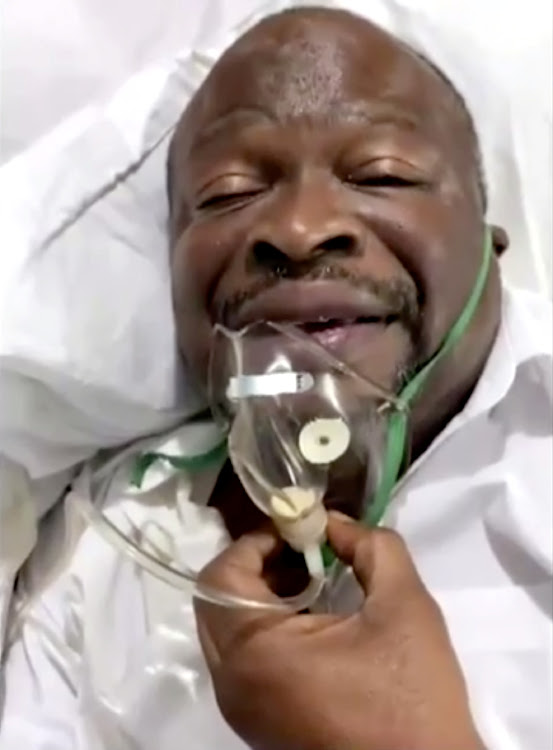 The main opposition candidate in Congo Republic's presidential election, Guy Brice Parfait Kolelas, has died while being evacuated for medical treatment, aides said on Monday, as early results from Sunday's vote showed the incumbent in the lead.

Kolelas' election campaign had said on Sunday that the 61-year-old former minister was in hospital with Covid-19, which prevented him from casting his own vote.

Kolelas had been seen as President Denis Sassou Nguesso's strongest challenger, though diplomats and analysts said there was little doubt the incumbent would win and extend his 36-year rule.

Full results are not expected until later this week, but tallies from about 40% of the 86 districts showed Sassou Nguesso ahead, including some where he had won 100% of the vote, the electoral commission said.

“They are all showing the same trend,” the commission's president Henri Bouka told a news conference in the capital Brazzaville.

Kolelas' heart stopped when his plane landed in Paris and the ambulance team was unable to save him, said his adviser, Didier Loco. His spokesperson, Justin Nzoloufoua, declined to give the cause of death.

Grieving supporters in the capital Brazzaville filled the Union of Democratic Humanists (UDH-YUKI) party headquarters, where a huge portrait of Kolelas hung on the wall and the national flag flew at half-mast.

“Everyone was counting on him. We are very disappointed,” said Edgar Masomba, a 50-year-old supporter.

“Why, why, why?” several women cried.

Kolelas, the son of former prime minister Bernard Kolelas, worked in the government for many years and came second in the 2016 presidential election.

He released a video from his hospital bed late on Saturday. Breathing heavily and holding an oxygen mask next to his face, Kolelas said he was “battling against death” but urged Congolese to “go vote for change”.

Some supporters said they doubted he had really died of Covid-19, but party leaders tried to quash conspiracy theories.

“Whether it was Covid or something else is not important to us. What matters is the future of the party,” said its secretary-general, Gaston Malanda.

“Unfortunately, the catastrophe came at the moment when we were calculating results. We have no information today to say whether he won or not.”

The legal ramifications of a candidate dying after polls close but before the results are announced are not clear, said Maja Bovcon, senior Africa analyst at risk consultancy Verisk Maplecroft.

“Given that all of the key institutions of state are under Sassou Nguesso's control, we do not expect the matter to be referred to the Constitutional Court,” she said.

President Sassou, 77, changed the constitution in 2015 to extend the term limit.

An internet blackout across the country on election day continued on Monday, witnesses said.

Polls opened in Congo Republic on Sunday, with President Denis Sassou Nguesso widely expected to extend his 36-year rule despite an economic crisis ...
News
6 months ago

Tanzania's new President Samia Suluhu Hassan called on Friday for unity and said the country needed to bury its differences and avoid pointing ...
News
6 months ago