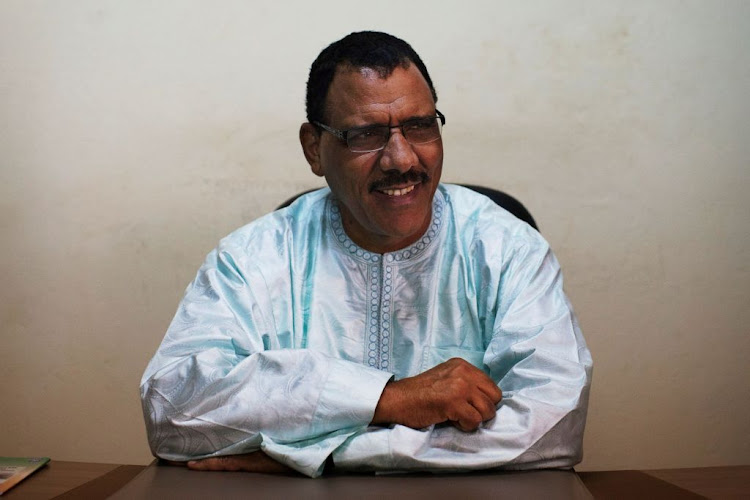 Mohamed Bazoum said he would make education and security a priority as he took over as president of Niger on Friday, inheriting a state racked by political tension and an Islamist insurgency that has killed more than 300 people this year.

His swearing-in took place two days after the government said it had foiled a coup.

Bazoum's inauguration marks the first democratic transition of power for a country that has seen four military coups since its independence from France in 1960. Outgoing president Mahamadou Issoufou is stepping down after two five-year terms.

Bazoum, 61, was elected in a February run-off poll that was contested by his main opponent Mahamane Ousmane, a former president who was toppled by a military coup in 1996.

Ousmane has contended that the latest vote was marred by fraud. Niger's top court confirmed Bazoum's victory in March, but the ruling sparked protests in the capital Niamey in which at least two people were killed.

Taking office in a ceremony attended by several heads of state, Bazoum said the West African nation's mineral riches could help it reach annual economic growth of about 8% over the next five years.

But climate and security challenges are hampering development, he said.

“Our country is vast and arid, not only suffering these past decades from the effects of climate change ... from recurrent severe droughts, but paradoxically also, from more and more catastrophic and unpredictable floods,” Bazoum said.

Attack on Niger presidency repelled ahead of handover

A military unit tried to seize the presidential palace in Niger's capital Naimey overnight but it was pushed back by heavy gunfire and order has been ...
News
5 months ago

Niger's southeastern region has also been destabilised by Boko Haram attacks. The north is affected by organised cross-border criminal activities due to the instability in Libya, while attacks from militant groups linked to al Qaeda and the Islamic State have hit its western border region with Mali.

Last month 137 people were killed in one of the worst attacks by suspected Islamic militants.

Niger's main problem since independence, however, has been the weakness of its educational system, Bazoum said, adding that he would prioritise education reforms as much as security.

He said the country was recording low school attendance and high dropout rates. Only round 25% succeeded in the final high school exam last year.

He added that with a fertility rate of about seven children per woman, Niger held the world record and fastest rate of population growth.

To end this “vicious circle”, Bazoum said he planned to create boarding schools for young girls closer to their villages among other policies.

Armed men in southwestern Niger killed at least 58 people when they intercepted a convoy returning from a weekly market and attacked a nearby ...
News
6 months ago

Supporters of the losing candidate in Niger's presidential election burnt tyres, threw rocks and set several buildings on fire on Thursday, in a ...
News
6 months ago