Measles resurgent in Congo eight months after epidemic declared over 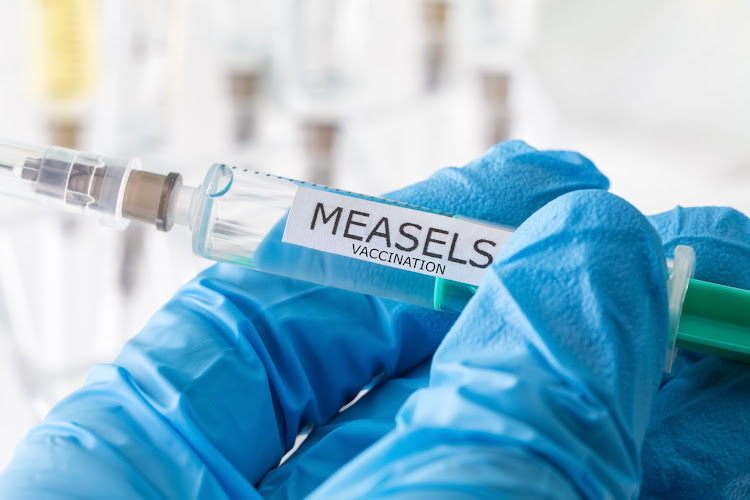 More than 13,000 cases of measles have been recorded in the DRC since January 1.
Image: Gallo Images/ IStock

A new measles outbreak has flared up in the Democratic Republic of the Congo just eight months after authorities declared an end to the worst known outbreak in the country's history, medical charity Médecins Sans Frontières (MSF) said.

More than 13,000 cases of measles have been recorded in the country since January 1, the medical charity said, despite vaccination campaigns that have targeted millions of children across the country's remote jungle areas in the last two years.

The vaccine drive greatly reduced the number of patients, but failed to cut the chain of transmission, MSF said in a statement on Thursday.

Congo's response to the epidemic has been hobbled by a health service suffering from decades of underfunding, mismanagement and war, as well as an Ebola outbreak in the east of the country.

The country has also had to contend with the Covid-19 pandemic, with more than 28,000 people testing positive and 745 dying, according to figures from the Africa Centres for Disease Control.

Vaccination campaigns for other diseases across Africa have strained as manpower and funding are stretched thin in order to undertake large-scale coronavirus vaccination schemes, though Congo's Covid-19 vaccine rollout has yet to begin.

Medical charities and health workers say measles is often overlooked, with donor funding and manpower often mobilised to contain more high-profile diseases such as Ebola or the coronavirus.

“Measles is the most contagious disease in the world, nearly ten times more than Covid-19,” said Kergosien.

“Winning the fight in DRC against this killer will require a vaccine coverage of 95% with two doses per child, and regular mop-up campaigns to vaccinate those who slip through the cracks.”

Severe disruptions caused by the Covid-19 pandemic to immunisation campaigns against measles and polio are putting millions of vulnerable children at ...
News
1 year ago

When Naomie's mother asked the teenager to join her as a sex worker in the capital of the Democratic Republic of Congo last September, she knew it ...
News
1 year ago