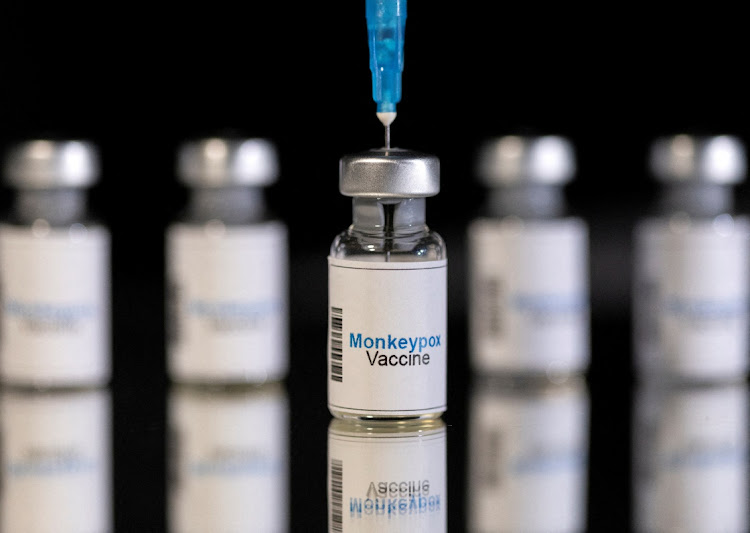 The acting director of Africa's top public health agency said on Thursday that he hoped vaccine hoarding, as seen by wealthier nations during the Covid-19 pandemic, would not be repeated with the current monkeypox outbreak.

Monkeypox, a usually mild viral infection, is endemic in the African countries of Cameroon, Central African Republic, Democratic Republic of the Congo and Nigeria.

But it has caused global alarm after more than 200 suspected and confirmed cases of the virus were detected in at least 19 countries since early May, mostly in Europe. No deaths have been reported so far.

“Vaccines should go to where it is needed the most and equitably, so based on risk, and not on who can be able to buy it,” Ahmed Ogwell Ouma of the Africa Centres for Disease Control and Prevention told a news conference.

The World Health Organisation has in the past warned wealthy countries against hoarding Covid-19 vaccines and threatening supplies to poorer countries where inoculation rates are low.

Ogwell Ouma's comments came a day after South African disease experts said they did not think there was a need for mass vaccination campaigns globally against monkeypox and that vaccines should be prioritised for other deadly infections.

Africa has used smallpox vaccines to manage outbreaks of monkeypox in the past, he said, urging the public to avoid looking for those vaccines and squeezing supplies for those most at risk.

“The prioritisation is first health workers who are in the front line, and then the affected communities where the outbreaks are first characterised, before contemplating the public,” Ogwell Ouma said.

“We know how to deal with it... and we are happy to share that knowledge, the experience and the skills we have built over time with countries that are seeing monkeypox now.”