In the case of Rose Kotze versus Builders Warehouse, it all hinged on a receipt 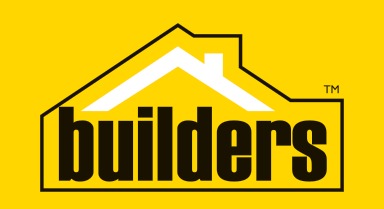 Have you ever gone back to a hardware shop with something you’ve bought from it previously, to make sure you buy the identical product?

If you made the mistake of failing to "declare" it as you entered, and especially if it happened to still be in its original packaging, you could well have ended up being arrested on a charge of shoplifting.

That’s what happened to Rose Kotze, 30, on December 19 in the Builders Warehouse Tokai, Cape Town, branch, after a roving security camera happened to capture her putting her R100 pack of door hinges back into her handbag.

She had taken it out a minute or two earlier - before the camera happened to settle on her - and was holding it up to a number of hinges on display to find a perfect match. She didn’t find one, so she put that pack back in the basket, and then, a second later, remembering that she’d already paid for it, she took it out of the basket and put it back in her handbag.

To the security personnel and store management, who had no footage of Kotze removing that pack from her handbag, that looked like a slam-dunk act of shoplifting. 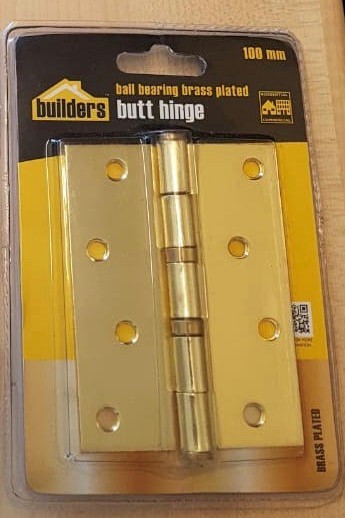 Butt it wasn’t stolen ... the hinge that caused all the trouble.
Image: Supplied

Totally oblivious that she’d been marked as a thief, Kotze and her boyfriend went on to choose and pay for R1,500 worth of goods in that store. But as they stepped out, a security guard stopped her and asked her to accompany him to the manager’s office.

"He kept accusing me of being a lying thief, claiming that on the shop floor there were 18 of the door hinges I said I couldn’t find there.

"I asked to see them, but he never produced them, eventually saying there had been two of those hinge packs on sale, and now there was only one because I stole the other one."

She was locked into a room with a security guard while her boyfriend went back to their Muizenberg flat to find the receipt for the four door hinges they’d bought in November.

Kotze had kept all the receipts from their twice-weekly shops in that store in the previous three months while they renovated their new home, totaling more than R40,000.

The manager refused to budge, saying the receipt proved nothing, she said.

Kotze was photographed, banned from all Massmart stores, and handed over to the police. She was arrested, taken to the local police station, fingerprinted and released on bail late that afternoon.

"I was traumatised and very, very angry"” she said. “I lay on my bed and cried for a couple of days."

She appeared in the Wynberg Magistrate's Court just before Christmas, having hired an attorney to represent her.

"He pushed to have the case thrown out, but the prosecutor requested time to investigate the matter and obtain video footage, so the case was postponed until last week - Valentine’s Day.

"On that day the prosecutor once again tried to postpone because they hadn't yet obtained video footage, but my lawyer objected on the grounds that they'd had more than enough time to do so."

The attorney then showed the senior public prosecutor her receipt for the allegedly stolen pack of hinges; images of three of the four packs bought that day having been installed on doors in her flat, and an affidavit from her boyfriend.

At that point the case was withdrawn. Earlier this week Kotze took to Twitter to tell her story in a series of tweets.

"[The experience] totally f**ked up my December holidays, the experience of a new home, caused me tremendous anxiety and also some therapy and legal fees," she tweeted.

"But mostly they took my picture and circulated it before I was found innocent or guilty. Which was humiliating."

LEGAL ADVICE PLS: So, 2 months ago I was falsely accused of shoplifting a hinge (that I'd brought in with me to buy more of the same) by @BuildersFan Tokai, arrested and have been in and out of court since. The case was obv thrown out because, you know, I had a slip.

Massmart - which owns Builders Warehouse, along with Game, Makro, Dion Wired - finally responded this week to what it dubbed "the Rose Kotze matter" on Twitter, flying an executive from Johannesburg to meet Kotze, apologise to her and talk about compensation.

"We have met with, and apologised unreservedly, to Ms Kotze," the company told TimesLIVE afterwards.

"In our view, we let her, and ourselves, down by not being more responsive and empathetic to her situation.

"But we have tried to learn from her experience and are in the process of re-looking at our in-store loss prevention procedures. For example, perhaps where a customer indicates that they have proof of purchase for a product - albeit not with them - we can allow a reasonable time for the customer to arrange for a third party to bring the proof of purchase into the store before we rush off to report the incident to the South African Police Service.

"This certainly would have made a tangible difference in Ms Kotze’s case."

The company has agreed to pay her legal expenses and lift the ban on her entering their stores, and further compensation is being negotiated.

"But I still want my pack of hinges back!" Kotze said. "I’m glad that my incident has led to them reconsidering their procedures.

"And I’ve learnt that if you take something you’ve bought back to the store, declare it to security on your way in and get a sticker, or better still, just photograph the product instead, to make sure you buy the same one"”

A public prosecutor based in a KwaZulu-Natal court, who asked not to be named, told TimesLIVE that she and her colleagues dealt with shoplifting cases every day, and it was clear to her that in some of the cases, the accused had no intent to steal.

"I recently had the case of a woman who had drunk an R8,99 bottle of water in a supermarket, left the empty bottle in the bottom basket and didn’t pay for it," she said.

"It was Friday before last and she spent the whole weekend in a police cell, finally appearing in court on Monday. The case has still not been withdrawn."

But clearly many cases of intentional theft from a store also come before the court, with widely ranging values.

"We’ve recently had a case of R5,000 worth of designer perfumes shoplifted from a department store, a coffee machine wheeled out in a trolley, eight deodorant roll-ons hidden inside a man’s jeans and two packs of stock cubes.

"Cheese is a common one lately," she said. "Gouda especially - apparently it sustains a person who is addicted to the drug woonga. And quite a lot of shoe polish for tyre polishing, too."

The family of a "respectable" woman held in a police cell after being accused of shoplifting a pack of chewing gum are relieved she will not face a ...
News
2 years ago

Maybe she just wanted to look good for the CCTV cameras in the store.
News
2 years ago

Two women carrying devices to thwart metal detectors in store entrances have been arrested after a months-long shoplifting spree at Cape Town malls.
News
2 years ago
Next Article