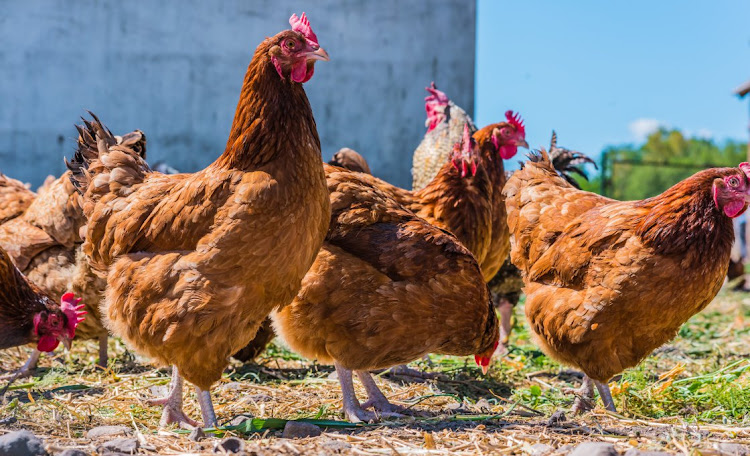 The price of chicken is too high, say meat importers.
Image: 123RF

On Monday the SA Association of Meat Importers and Exporters (AMIE) said the removal of import tariffs alone would lead to a 33% drop in the price of bone-in chicken pieces and lower the price of chicken offal by up to 20%, based on current international pricing levels.

The organisation is calling for a three-year moratorium on imported poultry tariffs, and the removal of VAT on chicken.

The price of chicken has increased by 10% every year for the past 10 years.

Meat producer Eskort disclosed that sales of its viennas and bacon and liver spreads spiked as much as 11.4% and 15.2% last month compared with March 2021, as consumers have been forced to turn to more cost-effective meat options.

The government’s recent reduction of the fuel levy by R1.50 per litre, and its proposed postponement of the increase of the “sugar tax” by a year, was evidence that it acknowledged the “extreme pressure that consumers are under”, said AMIE CEO Paul Matthew.

It can do the same for chicken.

“Just under 15% of chicken consumed in SA is imported, 44% of that from the US and 35% from Brazil. In March 2020, import tariffs on poultry increased from 37% to 62% on frozen bone-in chicken portions, a product mostly consumed by lower income South Africans, and went up from 12% to 42% on frozen boneless portions.”

Donald MacKay, trade economist and director at XA International Trade Advisors, said SA poultry producers had been “very well protected” by import tariffs for many years, but the pricing crisis called for decisive action by the government

“With the conflict in Ukraine not yet evident in the figures, we are just at the beginning of a sharp inflation curve,” he said.

“The pressing challenge for SA is not imports, but rather the ever-rising price of chicken, and consumers’ diminishing ability to afford it.

“Removing VAT and all tariffs will provide South Africans with some breathing space.

“The SA Poultry Association threw its weight behind AMIE’s call for the scrapping of VAT on chicken, but it differs sharply on the role of tariffs. The anti-dumping tariffs merely address illegal and unfair trade,” the association’s Izaak Breitenbach told TimesLIVE.

“Should illegal trade be allowed, it will cause economic hardship for South Africans, lower GDP growth, job losses and an increase in prices while a globally competitive industry is decimated, with 110,000 jobs in the value chain put at risk.”

The industry had for many years supplied cost competitive chicken products to the consumer, he said

“What we see now is simply very high maize and soya prices — these are not local prices, but international prices.

“We will continue to focus on the root cause of the problem, namely to address very high maize and soy prices.”

Brine battle 'may give smaller producers an edge'

Small and medium poultry producers believe a regulation limiting brine levels in chicken pieces will give emerging producers some muscle to compete ...
Business Times
5 years ago

* In 2016, a high court ruling put an end to the local poultry industry’s practice of selling individually quick frozen (IQF) chicken portions injected with up to 30% brine — in one case an astonishing 60% brine.

The practice was slated as being a blatant exploitation of consumers, given that the injected salty water inflates the weight of the chicken pieces‚ only to seep out during the cooking process. Brining is now capped at 15%.

With Pecks Anchovette and Redro fish paste discontinued, our food editor put a recipe to the test and shares the results.
Lifestyle
3 months ago

Here’s how to whip up this winning dish using a classic southern-style coating, crunchy cornflake crust, or by giving it an Asian or tropical twist
Lifestyle
1 year ago