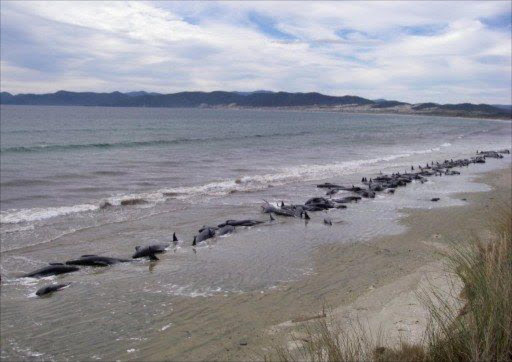 Volunteers succeeded Tuesday in refloating 39 survivors of a pod of 99 pilot whales that stranded on a remote beach at the top of New Zealand’s South Island, news reports say.

The animals were refloated on the morning’s high tide.

Conservation officials said they would be kept under observation to see if they will head out into deep water off Farewell Spit and join up with 26 of the pod that refloated themselves overnight.

Thirty-four of the animals died after beaching on Monday, including 12 that failed to survive the night after the volunteers were forced to leave them because it was too dangerous to remain in the dark. Twenty-two died earlier.

Whale strandings are not uncommon on the 24-kilometre long sandspit, a wildlife refuge at the north-western extremity of the South Island.