Durban fishermen say no to oil 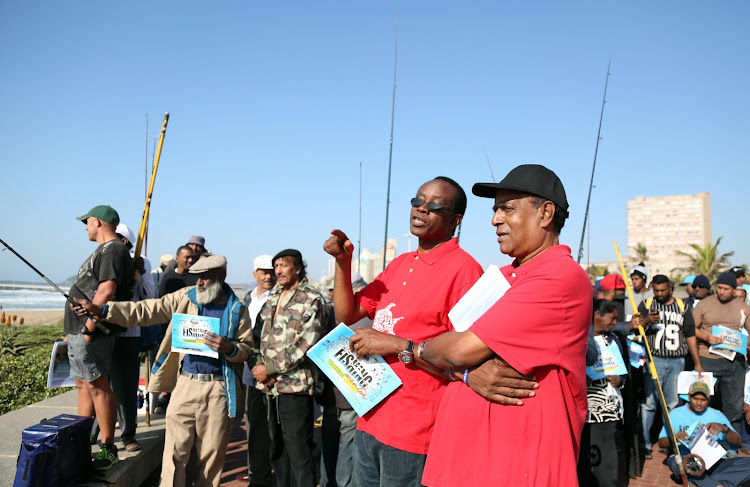 The KwaZulu-Natal fishing community on Monday launched a campaign against gas and oil exploration along the coastline.

They say permission from government allowing seismic drilling tests will destroy the livelihood of about 12‚000 subsistence fishermen.

South Durban Community Environmental Alliance (SDCEA) head Desmond D’Sa said they want to send a clear message to the oil cartel that they will not allow them to destroy the KwaZulu-Natal coastline.

"You have destroyed other parts of the world‚ don't destroy us‚ our fishing reserves‚ our food‚ our benefits to our homes and families. We are today launching the project called Fish not oil. We can't eat oil and we can't eat money‚ but we can eat fish and sell fish to feed our families. Our fish are destroyed by gas and oil exploration. By government allowing oil companies who have destroyed the Gulf of Mexico to come and destroy our coast is not on. Government should have done a survey among fishermen.

A shale gas exploration project in the area surrounding the Golden Gate Highlands National Park has left environmentalists concerned about the ...
News
4 years ago

"Our campaign is about the resistance against oil and gas from destroying the livelihood‚ communities and families of fishermen and women. Fishing communities are unique. There are thousands of fishermen in Durban who live off fishing‚" said D'Sa.

"People have spotted seismic testing boats on the Indian Ocean. There has been no consultation. And it has a huge impact on communities‚" said D'Sa.

Nnimmo Bassey‚ director of Health of Mother Earth Foundation in Nigeria‚ said he has been collaborating with the (SDCEA) in building a campaign with the fisher folk across the continent.

"Our fisheries are being assaulted by destructive activities‚ mining and fishermen are being restricted from certain fishing grounds. In Nigeria we have severe pollution of our waters in the oil fields. That has affected the health of communities‚ health of environment and people. The fisher folk have to go into deep seas to make a catch and not many can afford to do that. Fighting for our fish is fighting for our lives. Fish are more valuable than oil‚ than gold and diamonds. It’s the basis of our food security‚" said Bassey.

Fisherwoman Salo Govender‚ 47‚ of Chatsworth in Durban‚ said she has been fishing since the age of two.

"I started with my parents and grandparents. We follow the right practices and watch if others catch undersized fish and make sure they put it back and also that they stick to the bag limit. It is great gift for any parent to teach their child to fish.

“Crime in the country is high because of unemployment. Why not learn to fish to make a living and provide food. I fish every weekend to help supplement the income at home‚" said Govender.

Another fisherman said he's been fishing for 50 years and was taught by his father to fish. He makes a living out of fishing and also feeds his family from fishing.

“There are thousands of us in Durban that live off fishing‚'' he added.