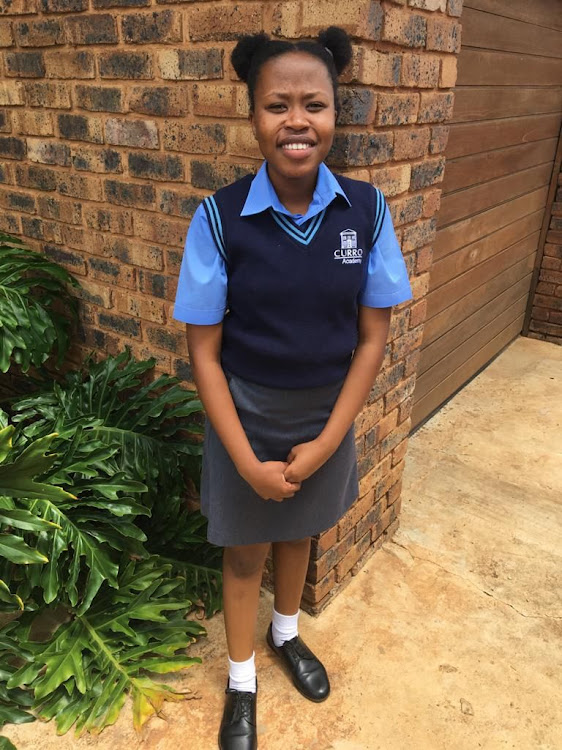 A Pretoria grade 11 pupil is proving that SA can compete with the rest of the world when it comes to science and technology after she took second place at an international artificial intelligence (AI) competition.

Also known as the “Olympics of technology”, the hackathon challenge is a live international event in which teams compete by trying to solve real world problems through the use of AI.

This particular challenge is exclusively for high school girls, between 14 to 18 years, who excel at maths and computer science and who are interested in pursuing a career in AI.

For the competition Tsakane and her peers from other Curro campuses across the country used AI to help trace and locate one of the world’s most endangered mammals, the African wild dog.

“I feel honoured to have been part of the challenge. I am grateful I came in at second place because at the beginning it was very challenging and I didn’t think we would make it through to the second round,” Koko told TimesLIVE this week.

How 5G will change our lives, if and when it arrives

“Prior to the challenge, I had never done anything to do with computer science. I had only known the basics. The entry requirements were maths and computer science and I qualified because of my achievement in maths. The challenge has certainly taught me a lot.”

During the competition, which took place this month, the girls were taken on a practical journey into the heart of AI to help them develop widely applicable machine learning skills in the context of sustainability, biodiversity loss and climate change.

Each team presented their idea to a group of “investors” in the first round. A total of 22 teams competed and 11 were chosen to go through to the second round. After the second presentation, Tsakane and her team took second place.

Charlotte Jooste, a teacher from the academy who assisted Koko with preparations for the challenge, said Koko only had a few days to prepare for the challenge following her selection as a viable candidate.

She had to meet her teammates from Mossel Bay, Soshanguve, Midrand and Durban and brainstorm on how to trace the wild dogs using social media and geotagging technology.

The challenge was truly an eye-opener as it showed me careers that involve AI.

“Their presentation focused on AI methods to pick up any indications in the wild dogs’ behaviour that could link to illness or other threats as well as interventions. This way the animals receive little human intervention and therefore live a more natural life.

Jooste said the challenge gave Koko and her teammates a new perspective on careers they might look into in the future.

Koko’s father, Sello, said the challenge helped pupils to tackle some of the world’s toughest challenges by thinking outside the box.

“Tsakane did very well. I am very proud of her. She is smart and works hard. This challenge was a great platform for her to challenge herself with the best pupils around the globe,” he said.

While Koko didn’t win a tangible prize for her participation, having trees named after her and her peers at her school made her content.

The competition also helped her navigate her future career.

“The challenge was truly an eye-opener as it showed me careers that involve AI. Software development is something I might explore one day,” she said.

Shatner has tapped new technology that will give current and future generations the chance to quiz him about his life, family and career.
Lifestyle
1 year ago