News you can touch 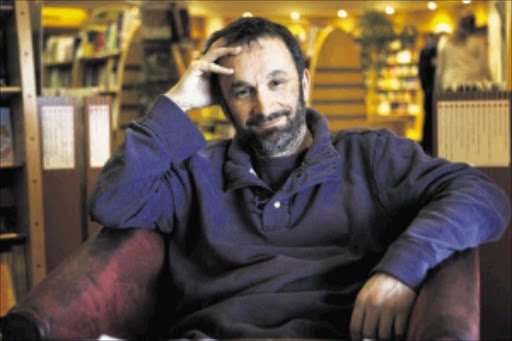 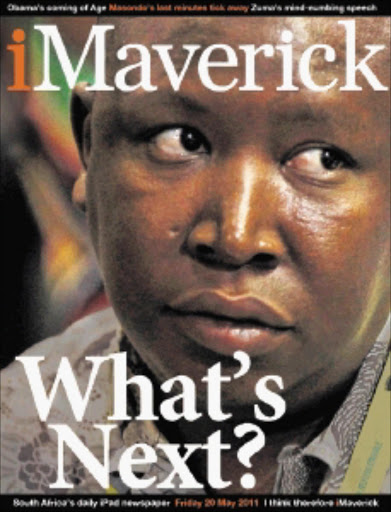 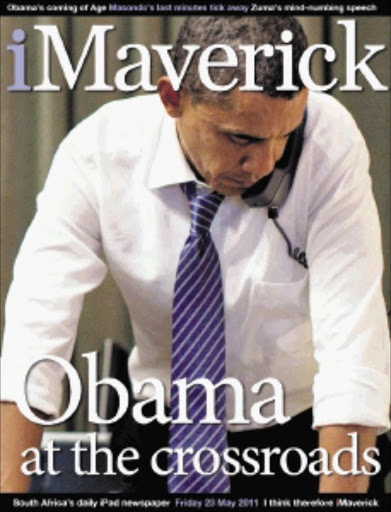 South Africa has joined a long list of countries that have the latest holy grail of media products: iPad newspapers.

Such has been the frenzy about this new digital device for the oldest of media that just the rumours of the first such newspaper, Rupert Murdoch's The Daily, could have filled a paper's worth of newsprint.

This month the much-anticipated iPad newspaper iMaverick was announced by website Daily Maverick. Business Day launched its iPad app two weeks ago; News24 and The New Age have launched theirs.

There has been a lot of debate about this new platform, and whether iPad publishing will save newspaper readerships from the inevitable internet storm. Saying the jury is still out on the subject is a bit of a misnomer because the court case hasn't even started. But it is a thrilling new development in the media business. Like all things Apple, it has attracted a fair amount of hype.

Starting a newspaper is a costly business, as Avusa, the publishers of this fine newspaper, and TNA, owners of The New Age - the two most recent entrants in South African newspaper publishing - can tell you.

It requires lots of staff, offices, computers, reams of expensive newsprint, distribution agreements, vendors on street corners and the most expensive item of all, a printing press.

Internet publishing - a la pure play publications like Slate, The Huffington Post, The Daily Beast and our own Daily Maverick - does away with the need for presses, newsprint and the distribution ecosystem. An iPad app is a natural evolution for such publications. But they are not cheap either, requiring writers, editors and photographers.

What is playing out for an eagerly observing media industry is the two business models and strategies that Business Day and the Daily Maverick represent.

The one is the country's foremost business newspaper, which has been publishing for three decades, is required reading for the financial industry and has a powerful brand.

The other is an online resurrection of a beloved magazine brand that has taken the country by storm with its superb online journalism and analysis. (Disclosure: I have written for both publications, and am friends with both editors.)

Business Day's iPad newspaper, launched last week in the Apple iTunes store, looks very similar to its website, while iMaverick is expected to look much like the defunct magazine, with a focus on strong pictures.

Business Day editor Peter Bruce says: "It's an attempt to give iPad owners the newspaper in the format they like to read.

"For the time being it's free. Ultimately, our thinking is to put a paywall around our copy, but we have to get our ducks in a row.

"We don't have an iPhone app yet, or a BlackBerry one. We want to get all of those up and working and right. We want to make sure we've got our editorial team working optimally."

This is much the same strategy applied internationally as publishers look for the next platform. Bruce says Business Day is combining its digital operation with The Times' Business Live to strengthen coverage.

The Daily Maverick strategy is a bit different from pure-play websites in that its offer includes the actual device - a clever bit of lateral thinking.

However, much of the criticism about this focuses on the cost of the device, overlooking that it includes a daily newspaper subscription.

Daily Maverick editor Branko Brkic says: "iMaverick is a full-blown newspaper about five times bigger than the current Daily Maverick offering and is designed for the iPad, for tablets, as a native platform. He clearly differentiates what iMaverick is compared with other apps from newspapers.

"Apps are not designed to utilise the iPad and other tablets to their fullest capabilities. It's like having a sandwich and eating only the bread.

"We are designing a newspaper for an iPad - to marry the best of digital and print in one. To other publishers it's just one of their platforms, to us it's a native platform," says Brkic.

Both strategies involve high stakes (there is significant reputational risk) and these publishing ventures are anything but cheap.

Both iPads and this evolution of publishing are certainly taking off in South Africa, says Arthur Goldstuck, managing director of researchers World Wide Worx.

"The take-up of iPad media by iPad users is very intense, but the iPad has a minuscule share of the computer market," he says.

"While its users are very heavy users, at the same time, there aren't many of them, especially in this country."

Having said that, he points out that tablets are compelling devices.

"Publications that are venturing into iPad publication are preparing themselves for the future. When the tablet market hits in a big way, they will be ready for it."

All in all, Goldstuck says, there is a "fascinating landscape that is emerging and a fascinating set of strategies emerging.

"Right now, if you're expecting a return on investment, it's not there. But if you have an appetite for long-term investment, you're future-proofing the organisation."

'You must take a life, or they take yours': CIT security officers recount their ...
'He's innocent' - Girlfriend of Brendin Horner murder suspect speaks
X