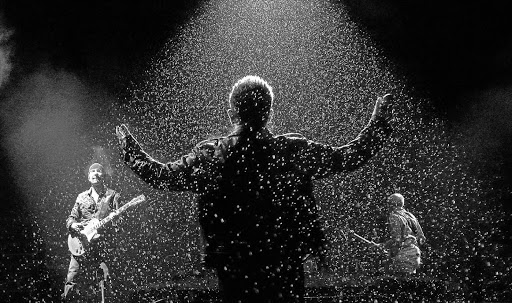 Bono told Tutu, who turns 80 this week, that he was "the only rockstar in the room" before breaking into the song, "Still Haven't Found What I'm Looking For".

"There is only one rock star in this room sitting in front of me," said Bono, who was speaking at the launch of a book on Tutu's life.

"At 80 you are on one punk rock level higher than I am. You are also more dangerous than any rock star because, Arch... you're radical like the Christ [in] whose footsteps you tread."

Bono joked that he was only in the country because he was "not radical enough not to get a visa".

Earlier this week, Tutu blasted the government for the way in which it had handled the visa application of Tibetan spiritual leader the Dalai Lama, who he had wanted to attend his birthday celebration.