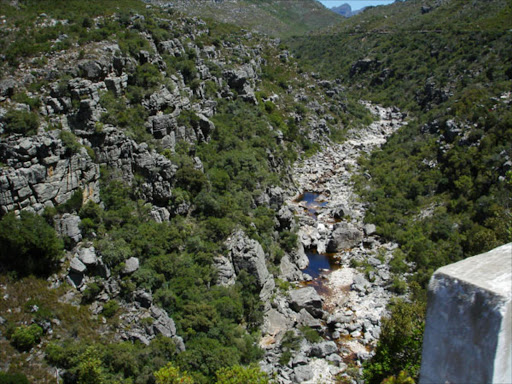 A hiker whose body was retrieved from the Bainskloof mountains may have slipped and fallen to his death, Western Cape environmental affairs MEC Anton Bredell said.

"It is suspected that the 24-year-old male hiker, Robert Barclay, fell down the edge of a waterfall. He suffered from vertigo," he said.

"This again underlines the importance of acting in a responsible manner when going on walks in the mountains in our province."

Barclay, originally from Rondebosch, Cape Town, had flown in from Botswana and was staying with friends at a lodge on Eerste Tol. He went for a walk around 6pm on Saturday and did not take a backpack or refreshments with him. He never returned.

A three-day search ensued, in which up to 79 people combed about 300 hectares of rocky and steep terrain to find him.

Emergency services spokeswoman Keri Davids said Barclay's body was found in a 250m deep gorge early on Tuesday morning. A rescue team spent two hours getting the body out of the gorge, located on the Wellington side of the Bainskloof Pass.

Bredell said a police investigation would confirm the exact cause of death.