Two lungs, a heart - and a life worth living again 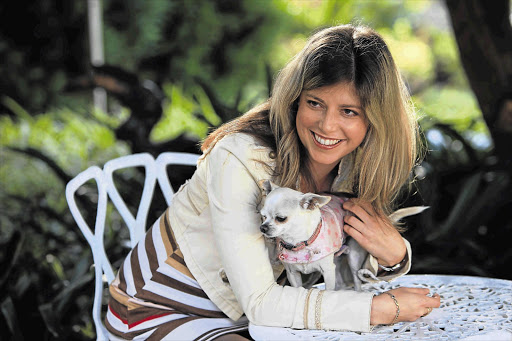 Doctors predicted that she wouldn't make it past the age of seven but Tina Beckbessinger proved them all wrong.

Beckbessinger was the sixth person in South Africa to undergo a double lung and a heart transplant - but is the only one to have survived.

"I always joked that I would outlive all my friends and make it to 90," said the 31-year-old.

Born with congenital cardiac disease - including a missing tricuspid valve, three holes, narrowed arteries and an irregular heartbeat - Beckbessinger has been in and out of hospitals all her life.

She was fitted with a pacemaker at 13.

"Growing up I could never do sporty things - even though I tried my hardest . people used to look at me with pity," she said.

As she got older her condition did not improve. In her second year of university Beckbessinger was forced to give up her studies in public relations.

"There was a time when I would sleep for 18 to 20 hours a day and my mum would check on me regularly to see if I was still breathing."

As her health deteriorated, so did her social network.

"I was so weak and tired that I couldn't do much . if I wanted to go out for a night I would drink Coca-Cola, Berocca, Bio-Plus - anything to give me energy."

In 2009 Beckbessinger's name was put on the transplant waiting list. Two years later her life changed.

She recalls the life-saving phone call her mother received in October 2011 - confirming the availability of three organs - which gave her a new lease on life.

Beckbessinger's cardiothoracic surgeon, Robert Kleinloog, and his team had to race against the clock, flying to another province, to collect the organs.

It was an anxious wait for Beckbessinger as she spent five hours at eThekwini Hospital and Heart Centre in KwaZulu-Natal while the doctors assessed the viability of the organs.

They had to be tissue-compatible and the right size.

She described what she felt after waking from surgery: "I just remember waking up and being able to breathe in deeply . feeling the oxygen in my lungs was the most incredible feeling ever."

It has been 18 months since the transplants and Beckbessinger feels "superhuman".

"I love going out and being able to dance to a complete song . dancing the whole night."

Organ donation costs nothing and lives - like hers - can be saved in the process, she said.

She hopes to participate in the World Transplant Games soon.

"The world is my oyster and I am no longer limited in what I can do," she said.