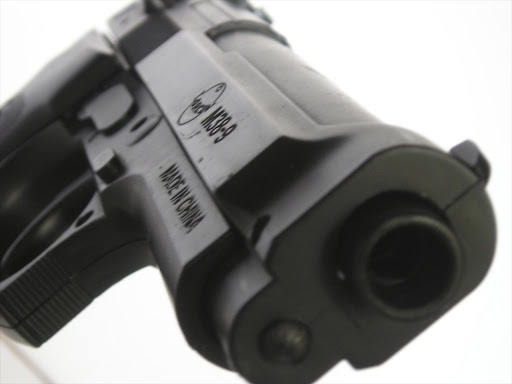 The latest 419 scam targets paranoia about crime. A victim receives an SMS, ostensibly from a "hit man" who has been hired by the recipient's enemies.

The hit man claims to know where the person lives, works and shops. He vows to kill the recipient of the message unless he or she buys him off.

On Friday, a frantic 79-year-old Durban woman made her way to the bank to deposit R15000 into the account of a hit man hired by "someone close" to her.

Her son stopped her but could not convince her that she was safe.

"The man has my phone number and knows where I live. He will kill me. I rather just pay him so I can sleep at night," she said.

Her son said though his mother could not think of anyone who wanted to kill her she refused to believe it was a scam.

"I really feel for my mother. There are so many people out there that don't recognise these scams. These con artists know that people in South Africa are always afraid, even in their own homes, so they are now using that against us."

A senior lecturer in criminology and forensics at the University of KwaZulu-Natal, Dr Nirmala Gopal, said South Africans are paranoid about crime and the possibility of being murdered. Gopal added that people are more susceptible to 419 scams that are new.

"Another argument is that many of them may be ignorant of this modus operandi."

"In many of those cases, sting operations were set up and the perpetrators were arrested," he said.

Naicker said there were no separate statistics on 419 scams as they fell under police records of extortion, intimidation or fraud.

According to the South African Police Service website, the many 419 scams that flood e-mail boxes are generally ignored by most internet users.

"But the fact is that many people fall victim to these scams and lose thousands of rands.

"The Nigerian 419 scam is currently the world's largest scam in terms of monetary losses; 419 fraudsters are arrested continually throughout South Africa as well as around the world."

One of the most predominant 419 scams claims that the e-mailrecipient has been left an inheritance or won the lottery - but the funds can only be released upon receipt of a "small" amount of cash and banking details.

Computer forensic expert Danny Myburgh said the scammers may have set their sights on South Africa because they had exhausted their opportunities elsewhere in the world.

"The hit man scam is becoming very common. We get queries every day and it is very difficult to convince people that there is no hit man after them," he said.

Myburgh said the con artists behind such scams are able to buy cellphone numbers legitimately.

"Databases are sold to marketing companies so they can get numbers that way. Or they could pick random numbers."