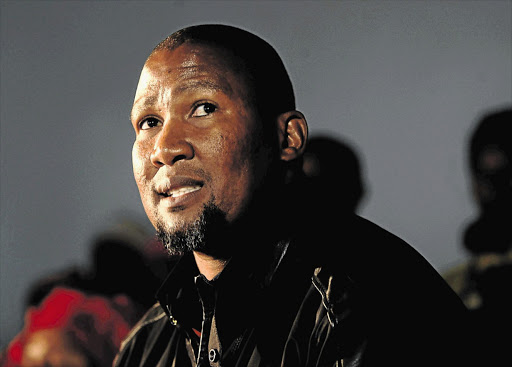 On the day the world celebrated Nelson Mandela's 95th birthday, his grandson, Mandla, was back in court fighting over where the icon's children should be buried.

Mandla was last month ordered to return the remains of Madiba 's three children - Thembekile, Makgatho and nine-month-old Makaziwe - to Qunu. He had moved them to Mvezo in 2011. Mandla is the chief of Mvezo.

In an affidavit Mandla admitted that he did not have the right to determine where his aunt and uncle should be buried but he believed he was entitled to have a say about where the remains of his father, Makgatho, should lie.

Mandla has asked the high court to rescind its order that the Mandela children's remains be returned to Qunu.

Mandla claims he was not given a chance to defend himself in respect of the exhumations in court earlier this month.

Mandla said he was unaware of the court action - launched by his aunt and 15 other relatives - to have the remains returned to Qunu because he was at his ailing grandfather's bedside at the time .

"The applicants must have been aware of this," Mandla said.

He claimed that, under customary law, he had a say in where his grandfather would be buried.

"The burial place of [Madiba] will be determined by his [will]," he wrote.

But if Madiba did not make his wishes known , he said, the duty of deciding on his final resting place would rest on the eldest surviving male descendant - himself.

Mandla said he would consult Mandela's wife, Graça Machel, the government and the AmaDlomo royal family.

She lashed out at the "prophets of doom" who said South Africa would come to a standstill when Mandela died.

"I want to reassure [the country] today ... and the entire caring world, South Africa will continue as it has always done," she said.

Former president FW de Klerk said Mandela was approaching the end of his long walk and it was a time for "quiet and respectful contemplation". - Additional reporting by Sapa