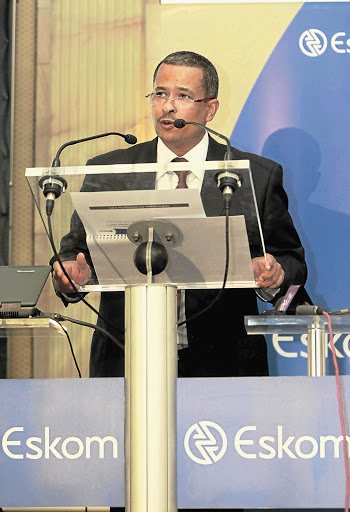 A security company with alleged links to the apartheid regime's infamous 32 Battalion has been accused of spying on a group of environmental NGOs for Eskom.

The security company, Swartberg, has been accused not only of spying on Greenpeace, Earthlife Africa and groundWork, but also of fabricating information in its reports on them.

Tristan Taylor, project coordinator for Earthlife Africa, said yesterday that Swartberg - which he claimed was run by former officers of 32 Battalion - was contracted by the management at Medupi, not Eskom's top management, to infiltrate NGOs, labour organisations and the community in the Lephalale region, where the power station is being built. The two-year contract with Swartburg cost the state-owned company between R1.5-million and R10-million.

"We think that it is not part of our national liberation - our post-1994 struggle - to have the state spy on citizens, and Eskom is part of the state as a state-owned enterprise," said Taylor.

"They got stuff that, if Eskom had phoned us, we would have been happy to give them, so they weren't very competent spies."

Taylor claimed that Swartberg agents concocted "a right-wing fantasy" in which "Earthlife and groundWork were working together with Amcu and the democratic left front to have some kind of mass uprising in Medupi and Lephalale, which is not the case".

"The use of private companies to gather intelligence from stakeholders is unacceptable and not how Eskom does business," said Eskom CEO Brian Dames.

"To the extent that this might have happened ., even if unintended, it is regrettable and Eskom apologises."

Eskom spokesman Andrew Etzinger yesterday said that it was taking disciplinary action against those involved.

"We [have] cancelled the contract and have provided information to the police that might be of interest in terms of criminal charges."