Elephants could be extinct in 10 years 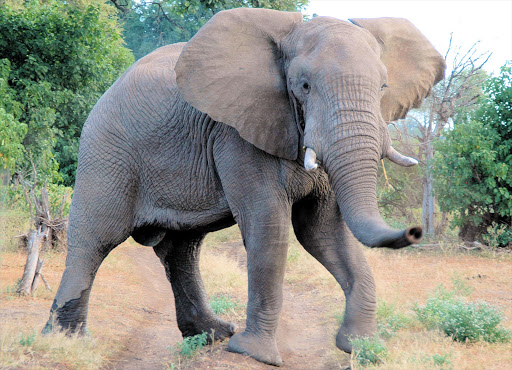 The addition of Tanzania's Selous Game Reserve to Unesco's list of World Heritage Sites under threat will have sent shock waves through the conservation world.

Covering 50000km2, the Selous is one of the largest protected areas in Africa, renowned for its large numbers of big game. But rampant poaching has brought about a dramatic decline in its elephant and rhino populations, their numbers having dropped by nearly 90% since the reserve was listed as a heritage site in 1982.

Poaching across sub-Saharan Africa has reached the point where elephants could be brought close to extinction within the next 10 years.

According to Will Travers of the Born Free Foundation, at least 23000 elephants were killed last year, and the reasons are not hard to find.

"A single elephant can yield 10kg of ivory with a market value of about $30000," he says, "and the trade itself is worth as much as a billion dollars a year." No wonder poachers refer to elephants as walking banks.

Between 2009 and 2013, as many as 25000 elephants were killed in Tanzania's Selous ecosystem (66% of the reserve's population) - hence Unesco's decision to add it to the list of sites at risk.

Following the death earlier this month of Satao, one of the last giant tuskers in Tsavo national park, the focus has shifted to Kenya, where Somali gangsters and al-Shabab terrorists and are believed to be funding their criminal enterprises through the sale of illegal ivory.

Kenya's elephant population stands at about 38000 - 97 have been killed so far this year, according to the Kenya Wildlife Service. This compares with a death toll of 302 last year, down from 384 the previous year. But experts believe the true figures are much higher, and the recent discovery of 117 elephant carcasses in the Masai Mara appears to support this view.

Poaching has reached epidemic proportions wherever elephants are found. And the poachers are more highly organised, as was demonstrated earlier this year when 68 elephants were slaughtered in Garamba National Park in the Democratic Republic of Congo. The poachers used a helicopter for their attack and hurled grenades at rangers during a 45-minute firefight.

"It is my belief that we are in the midst of a battle for Africa," warns Dereck Joubert, the distinguished Botswana-based photographer and wildlife campaigner. "At the moment we are losing a rhino roughly every seven hours and five elephants every hour. If poaching continues at this rate . the rhinos will be wiped out in five years."

Most conservationists agree that income from tourism has a crucial role to play in the fight.

Says Kenyan wildlife expert Jonathan Scott. "When people ask me, 'How can we help?', I say: 'By taking a safari.' Wildlife-based tourism pays the bills that keep the game parks and their wildlife secure. Without the tourist dollars you might as well hand over all the remaining wildlife to the poachers."