'F*** the poor!' is the message from a top executive at African Bank 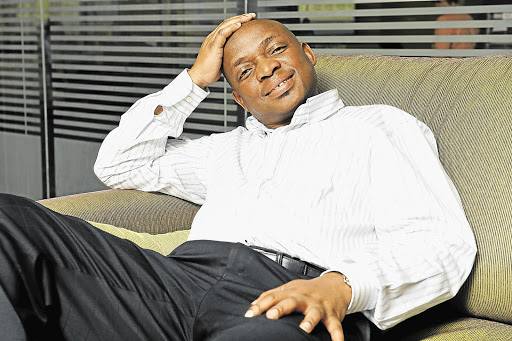 SO WHAT: Tami Sokutu, former chief risk officer at African Bank, says he is off to play golf in Scotland soon

In a terrifying glimpse this week into the dark heart of unsecured lending in South Africa, a former top executive of African Bank, Tami Sokutu, scorned the poor who were sucked into debt by easy loans from his now failed company.

Sokutu, who made more than R50-million in share options and earned another R35-million in salary and bonuses from his time as Abil's chief risk officer, was asked about those who had obtained loans but were now unable to repay them.

The lives of thousands of borrowers have been ruined because they have been listed as bad credit risks.

Asked whether these people would be right to blame him for not having done a better job of controlling lending at the bank, Sokutu's answer was simple: "They will be right to say, 'I'm f******.'"

Sokutu joined the bank from a top civil service job in 2002 and was appointed to the board a year later. He has been on "sick leave" since September, which meant he was not actively involved in the bank, South Africa's biggest microlender, when it spectacularly collapsed. Reserve Bank governor Gill Marcus placed it under curatorship on Sunday last week.

The collapse has sent ripples throughout the financial system. It has led to losses in pension investments - those run by Coronation among them - and wiped 0.3% from Absa's money market funds.

But Sokutu showed no sign of remorse for the reckless splurge of lending to millions of South Africans who could not afford it, which led to African Bank's demise.

Sokutu, a former director-general of the Department of Public Works, was notoriously fired last year as chair of the South African Biodiversity Institute when he arrived drunk at the Chelsea Flower Show in London, where he was meant to be welcoming guests.

Sokutu agreed to an interview with the Sunday Times this week. He stumbled and fell to the ground while welcoming the newspaper's reporter to his house in a gated complex in Centurion, Pretoria.

During the interview, he repeatedly boasted about how he had made millions and was now globetrotting.

He has three houses in South Africa, including holiday homes in Port Alfred and Cape Town, and another in Portugal. He said he did not need to ever work again.

Sokutu also boasted about owning six cars, including a Porsche, which he said was parked "somewhere in the world - I don't know where". He also owns a Hummer H2, a turquoise Bentley, a BMW M6, a Mercedes-Benz A-Class and a Mercedes S500. His Johannesburg car, the Bentley, stood in his double garage.

He said he lived lavishly with "no regrets" and borrowers should not have applied for loans if they knew they could not repay them.

Rather than worry about the bank's collapse, Sokutu said his focus was on an upcoming trip to play golf in Scotland. After that he plans to go on a cruise.

The Sunday Times has calculated that Sokutu made more than R50-million in share options alone during more than a decade at the bank. This was thanks to stellar profits made by the bank as it cashed in on the hefty interest rates it charged its low-income borrowers. Sokutu also earned an additional R35-million in salary and bonuses.

In February last year, Sokutu caused a stir when he was questioned in parliament about the unsecured lending bubble and said people just wanted to get their hands on the money.

But as the former head of risk, Sokutu personally played a key role in the bank's lending strategy and was part of discussions about how much cash to set aside to cover bad loans. It was far too little, as it turned out.

Sokutu said African Bank's management had been "greedy". He admitted that perhaps the criteria that the bank used to grant loans were not the best, but he denied that it had been "reckless".

"I will never place blame on another person. I was part of a team [that took the wrong decisions]," he said.

The bank remained the way it was, he said, because "I was not the CEO".

Although he was once thought to have been earmarked as a successor to CEO Leon Kirkinis, Sokutu apparently butted heads with him by pushing for a more diversified range of products.

"Leon [Kirkinis] is a good guy, I promise you, but he was stuck in his own ways," said Sokutu.

He said African Bank's management had seen the bad debt problems coming nearly two years ago, but believed borrowers would repay their debts.

Asked whether the bank had hidden information about how bad the situation was, Sokutu said shareholders had known exactly what was happening.

"There was full disclosure," he said.

He said that what was happening at African Bank was "really sad" and not the legacy he wanted to leave behind.

"I don't give a f*** about what South Africa says about whatever ... but I have never been a crook. And I don't want to be a crook."