A delegation from the mining ministry told the Wild Coast coastal Amadiba community on Friday afternoon that they did not understand why they opposed mining at Xolobeni. 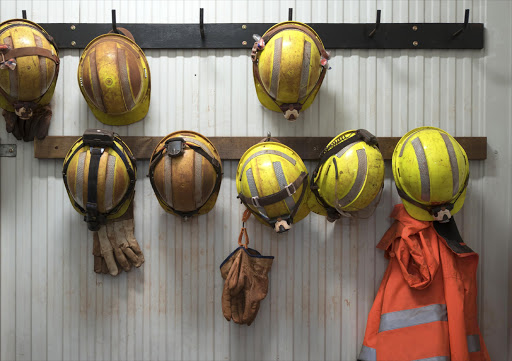 The bid to mine the Xolobeni dunes for titanium has been resisted by residents‚ represented by the Amadiba Crisis Committee‚ since 2007. The proposed mine is an initiative by Transworld Energy and Minerals Resources‚ a wholly owned subsidiary of Australian corporation Mineral Commodities (MRC).

Anti-mining activist Sokhosiphi Bazooka Rhadebe was killed assassination-style on the night of March 22 when two men posing as policemen shot him eight times in front of his family.

The delegation said the minister (Mosebenzi Zwane) was “very new” and they had read in the papers that there were problems regarding mining the area.

More than 300 residents from Xolobeni and the surrounding villages came to meet a delegation of nine from the mining ministry and the mayor of Mbizana.

Many started to cry when asking: “How many times must we say no to mining and tell you that mining is killing us?”

The meeting refused to take part in discussions of known details and told the mining ministry delegation to refuse the application by MRC to mine the area. “Now‚ we tell you: listen to us. Stop this process. It is killing the community. Tell the minister to reject the mining application. He has all the arguments.”

The delegation said they would take this message to Zwane‚ but “the minister takes the decision”.

AmaMpondo Crown Princess Wesizwe Sigcau attended together with a delegation of chiefs from the Qaukeni royal house:

“No fake king and no chief can sign paper and sell the land to the Australians. This is not the land of a chief. This is ancestral land of the people. A king or a chief does not own the land. He is a servant of the people.”

She said the Wild Coast titanium deposit was the 10th largest in the world and that Australia has the third largest deposit. “Why don't they mine for titanium there? It is because they have a government that is strict and that never would accept to abuse the people.”

The ongoing violence against the community was ignored‚ Princess Wesizwe said: “We have called many times at night from Qaukeni to the police in Mzamba‚ Mpisi‚ Mbizana and even to the police in Port Edward. There was no help.”

Coastal Amadiba ward councillor Nokwamkela said: “Bazooka follows others. How many should be killed?”

After Bazooka’s murder‚ 82 civil society organisations wrote to Zwane asking him to suspend the processing of the Xolobeni mining application.

The delegation advised the community to trust the police and the investigation of Bazooka’s murder.

But the community replied: “They come at night and refuse to identify themselves. What have they done about those who have been killed before and the violence against us now?” They added no one had been arrested for the attack on journalists and their local guides on April 2‚ after Bazooka’s funeral‚ yet the identities of the attackers are known.

The community also pointed fingers at the mayor: “You‚ mayor of Mbizana‚ you have (local) chief Lunga (Baleni) now in your cabinet. He is not here today. He is no longer a member of this community‚ not since he got a Ford Ranger of MRC and became a mining director.”

The Amadiba Crisis Committee said the government was not a good listener – “they are prepared to sacrifice the lives of South Africans to please the big companies.