Rather fund universities than SAA: Phosa 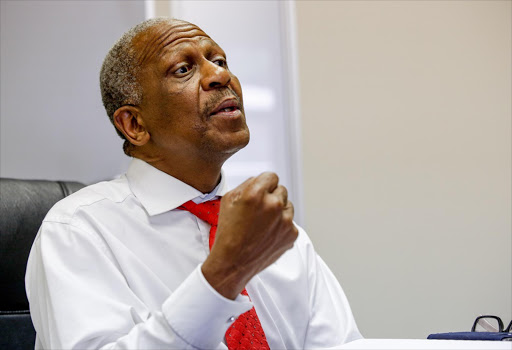 Struggle stalwart Mathews Phosa thinks the state money used to keep failing parastatals afloat should rather be invested in education.

Phosa said this on Tuesday evening‚ speaking at the launch of #IamConstitution student panel discussion at Constitutional Hill in Johannesburg.

The #IamConstitution campaign allows for students from South Africa's universities to engage in discussions about the social challenges affecting students.

Phosa said if the funding model of tertiary education was not addressed‚ the country would next year face the same problems it did at the height of the #FeesMustFall protests.

The former ANC treasurer-general slammed the ailing South African Airways (SAA)‚ that recently asked for state help to honour a deal with Airbus.

“Fire those that lead these failing parastatals. You can’t fund a SAA-Gupta deal and not fund education. This is what we should be doing‚” Phosa told the student gathering.

The Gupta family is controversial for their close ties to President Jacob Zuma and alleged attempts to influence government. SAA spent nearly R10-million between 2011 and 2015 on buying copies of the Gupta-owned New Age newspaper for distribution on SAA flights.

Phosa called on the government to incentivise the private sector to fund universities.

“How do poor people go to university? Either you fund them or you exclude them. And exclusion is not an option. Let’s diversify education and reopen vocational training‚” Phosa said.

Phosa also called on students to respect the Bill of Rights when protesting.

“[Former president Nelson] Mandela understood it is always the worst element in society that believes in violence‚” he said.