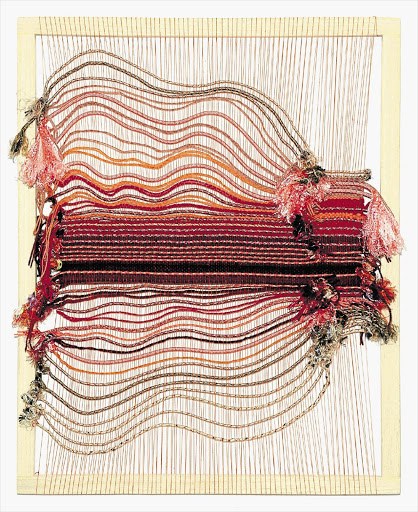 "All that is solid melts into air," wrote Karl Marx in The Communist Manifesto, "all that is holy is profaned, and man is at last compelled to face with sober senses his real conditions of life, and his relations with his kind."

Air: Inspiration-Expiration, the exhibition on at the Standard Bank Gallery now, might not profane all that is holy, but it certainly leaves you feeling as if the tangible world could melt into a puff of air at any second. And it certainly makes you wonder about the condition of life with a sober mind.

This is the fourth of a series of exhibitions at the gallery dealing with the elements, beginning in 2011 with water and followed since with fire, earth, and now, air.

Curator Cyril Coetzee makes a case in his introduction to the catalogue that Air is not straightforwardly about air. Rather, it is about our experience of it: how we perceive it, rather than what it is. After all, air is invisible and almost intangible, so it tends to find expression in other things: clouds in the sky, musical vibrations, our fascination with flight, and the way in which, as Coetzee puts it, "through breathing, our bodies affirm their being in the world".

Coetzee weaves a thread through the science, politics and metaphysics of the element. A selection of works illustrates the exhibition's wide-ranging approach, in which he playfully frames our thinking about the subject.

For example, with works such as Weather I or Weather II by Gerhard Marx - images of clouds made out of laminated rulers - he provides a subtle prompt to make us aware of how the very act of looking (and measuring) informs what we see.

Penny Siopis's works in glue allude to air not so much as a subject but as a medium. Coetzee quotes her as explaining: "The glue needs contact with the air to transform the white opaque substance ... into a transparent medium that can hold the ink stain. Air embodies and is embodied."

The way that breath animates our bodies and minds is addressed by other artists, too. A pair of large works by Karel Nel in the '90s, Void Breath and Chalice Breath, explore the philosophical aspects of air by connecting breath and meditation - the effect of air on our very consciousness.

Lyn Smuts's Neonate Cry is a landscape based on a sonogram of a newborn baby's first breath and cry transformed into an image of a landscape. It's a work that connects not just breath and body, but also the world around us. Coetzee quotes her as saying, "I wanted to suggest that the baby cried its surroundings into being."

With that abstract representation of a breath of air, the solid world does seem to have melted into air. In this exhibition Coetzee subtly teases out an awareness of the invisible element - to the point at which you might feel what US writer David Foster Wallace once called "awareness-awareness": of something "so real and essential, so hidden in plain sight all around us".

It'll take your breath away.