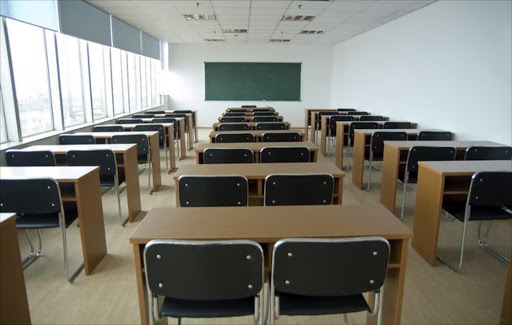 The Department of Basic Education is setting pupils up for failure, say education experts who have slammed the department's decision to pass pupils who get only 20% for mathematics in Grades 7 to 9.

The decision has outraged parents and many in the education sector are saying that the department is avoiding dealing with the real causes of poor maths results.

Last week a Human Sciences Research Council report revealed that South Africa's Grade 5 pupils had science and maths scores that were among the worst anywhere.

The 2015 Trends in International Mathematics and Science Study compared 57 countries. Singapore led the pack with a score of 618 for Grade 9 pupils.

"These lower test scores raise questions about the progression policy and show that, in its current form, it doesn't work," said the council's executive director, Vijay Reddy.

"If children are progressed through grades [promoted without achieving the stipulated test scores], the [study] data show that they need more support with subjects such as maths."

Now an Education Department circular has emerged showing that the department wants schools to promote Grade 7 to 9 pupils with maths scores of only 20%, abandoning the previous 40% pass rate for the compulsory subject.

The circular does not explain what support will be given to help pupils who only obtain 20% to improve their maths proficiency.

Pupils have to pass other compulsory subjects to be allowed to progress with a 20% maths mark.

In the circular, the department said the current promotion criteria "may impact negatively (sic) on a high number of learners".

"In light of [this] ... a special condonation dispensation has been approved to accommodate learners whose promotion to the next grade may be adversely affected by the compulsory requirement of passing mathematics at level 3 [40%]."

The department yesterday said the circular was issued in response to reports it received from school principals and provincial officials across the country alerting it to the "extremely poor performance" of pupils in Grades 7 to 9.

"The circular does not undermine the policy intention of ... raising the bar in terms of promotion requirements by having taken the bold step of making mathematics a compulsory promotion/progression requirement.

"Neither does it limit efforts to improve mathematics attainment. However, in raising standards there is a need for a gradual transition from the current to the higher envisaged standards, hence this policy review that is under way and this interim condonation dispensation," said department spokesman Elijah Mhlanga.

But analysts have said the decision will hurt pupils.

"We don't address why the children are doing badly."

He said passing pupils with low maths marks created problems for the country as a whole.

"We are creating a false expectation for the students. We are setting our kids up for failure.

"From a mathematics point of view, there is no way we can compete with other countries. We are not going to climb that ladder."

Educational psychologist Cara Blackie said the department's decision was "not a clever move".

"I don't think it's a great system to implement. It's not going to help in the long run because kids are still going to under-perform."

Blackie said overcrowded classrooms and teachers under pressure to finish the syllabus were among the problems.

"A lot of kids get left behind and miss the basics because teachers do not have time to revise lessons.

"Some people are more visual and often teachers are not able to teach in that way," she said.

"There is nothing wrong with the principle [described in] the circular," said the executive director of the National Professional Teachers' Organisation of SA, Basil Manuel. "We understand that an intervention has to be made but this opens a door to investigate the causes of this problem [of failing maths].'' - Additional reporting by Katharine Child