All the unlawful occupiers of a block of flats in Berea want is for the City of Johannesburg to provide them with alternative accommodation. 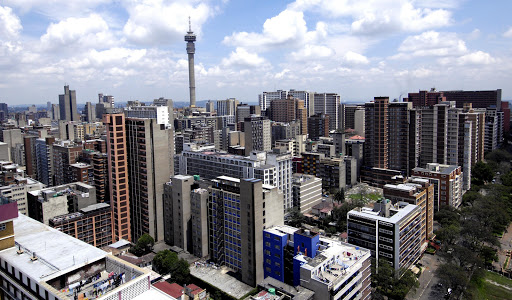 That's according to a committee formed by the occupiers of the building‚ which was bought by a businessman in 2012 from liquidators.

The owner‚ Calvin Maseko‚ has been unable to move in to renovate the building. This is despite the liquidators obtaining an eviction order from the high court in September 2013.

The occupiers are not happy with the way the person they sent to court handled their case.

All they sought from the man‚ identified in the court papers as Skhulu Ngubane‚ was to ask the court to grant them a postponement so that they could get funding for lawyers to defend the eviction.

The high court in Johannesburg ordered the residents’ eviction. Judge Nomsa Khumalo made an order “by agreement”‚ because she was informed by counsel for the liquidators and Ngubane‚ that the residents had consented to an eviction order.

Residents have failed in their bid to have the eviction order set aside‚ both in the high court and the Supreme Court of Appeal.

On Tuesday‚ the Constitutional Court heard their application for the repeal of the eviction order.

The occupiers also want the eviction matter to be sent back to the high court‚ where they will have an opportunity to respond. They also want the City of Johannesburg to be joined in the application.

A judgment in the Constitutional Court in 2011 said municipalities had a duty to provide alternative accommodation if an eviction from a private property would result in occupiers being left homeless.

The liquidators are opposing the application.

Nelson Tshawe‚ a member of the committee‚ said when the residents were served with eviction notices in 2013‚ they asked Ngubane‚ a man who knew the councillor for the area‚ to assist them to get a postponement from the court.

“We asked Ngubane to ask for a postponement while we were trying to find money for lawyers‚” Tshawe said.

Tshawe said instead of obtaining a postponement‚ Ngubane told the court the occupiers had consented to being evicted.

Tshawe said they had not seen Ngubane since‚ and suspected he was collaborating with the building’s new owner.

Tshawe said the residents had not been paying rent for years

“If we succeed in our case‚ we want the municipality to get us permanent accommodation. Rental units in the city cannot accommodate the poor‚” Tshawe said.