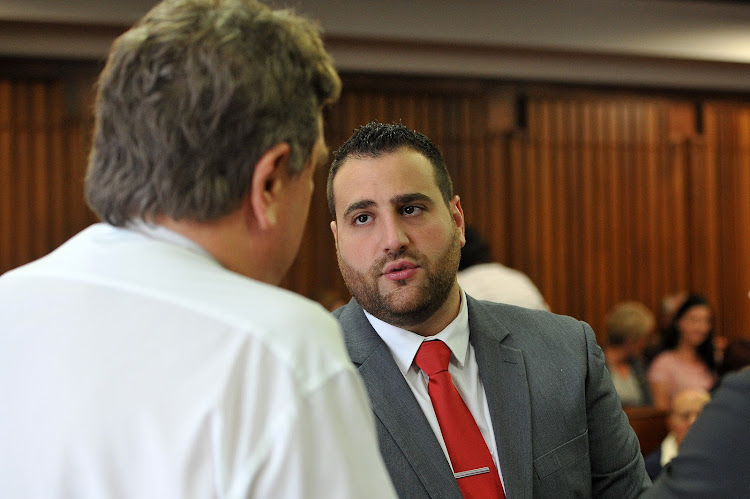 Christopher Panayiotou and advocate Terry Price with Alwyn Griebenow during the murder trial in the Jayde Panayiotou case at the High Court on April 24, 2017 in Port Elizabeth.
Image: Gallo Images

Zolani Sibeko thought he had won a prize.

Instead he walked into a police trap that saw him arrested for Jayde Panayiotou’s murder.

The Organised Crime Unit’s Warrant Officer Shane Bosch testified on Monday morning that they had traced Sibeko by phoning his cellphone and informed him that he had won a talk time voucher worth R500.

In exchange‚ Sibeko supplied the friendly cellphone company agent with his parental address in Greenbushes.