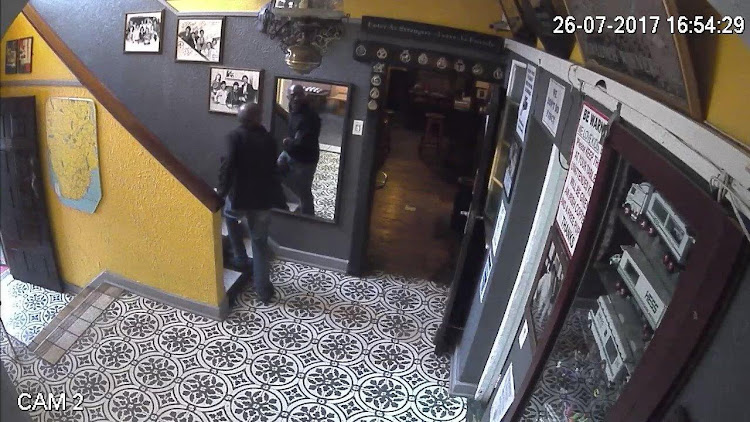 The toilet seat thief making his way up to the toilet.
Image: Restaurant's FB page

The mystery of the toilet seat thief has left a Port Elizabeth pub and hotel owner baffled as they are unable to catch the unknown man who walks into the establishment in broad daylight and makes off with a toilet seat without raising alarm.

Warwick Ofsowitz owner of Stage Door Pub and Phoenix Hotel said that the toilet seat thief has struck three times already causing much frustration between him and the employees that he has evaded being caught.

“Unfortunately the thief hasn’t been caught yet. I am not going to the police just yet because they have bigger things to worry about” said Ofsowitz.

“I have lost close to a thousand rand. He started about nine months ago and has stolen three times. Three toilet seats gone.”

The owner has another way of hopefully catching the man who has had free access to the hotel’s toilet seats.

“We had an incident a few years ago where people walked out without paying and we put up their photographs so that someone can come forward and tell us who they were. We then handed over that information to the police. We are going to do the same with this guy”.

Ofsowitz has plastered stills from the CCTV footage of the thief in the hotel and pub so that patrons can identify the man when he dares to strike again.

“When I get information as to who he is and where he is then I will go the police and lay a charge. We are not going to waste the police’s time when we have no information‚ it doesn’t make sense‚” he said.