Zulu king 'can have say' on constitution 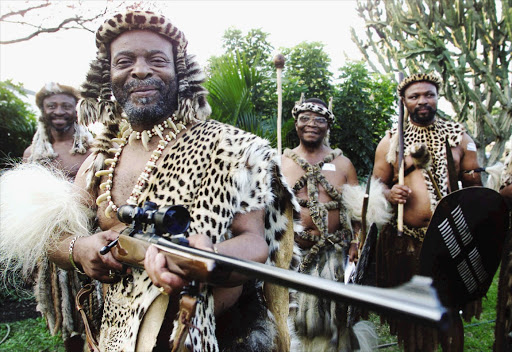 So says Tusi Fokane‚ head of the Freedom of Expression Institute‚ in reaction to the monarch's apparent criticism of the constitution at his 69th birthday celebration on Saturday.

The SABC reported that the king referred to the constitution as "unfair and anti-African" during his birthday address at his Nongoma palace in KwaZulu-Natal.

The SABC quoted the Zulu king as saying: "It pains me to note I am a ruler‚ yet there's someone who's above me. That person will do as he pleases because he knows his powers are limited to certain government terms." Fokane said the king was entitled to his opinion.