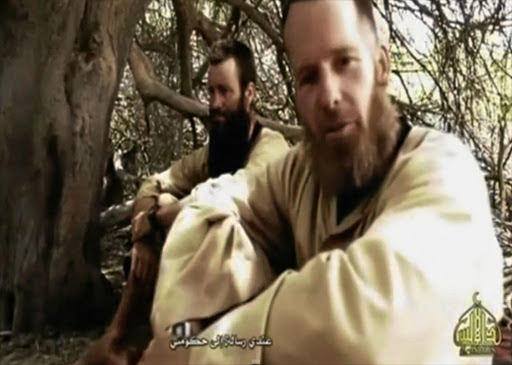 The father of Stephen McGowan‚ who had been held hostage by Islamist militants in Mali since 2011‚ says his son is looking “well and healthy”.

McGowan was abducted while seated in a restaurant in Timbuktu. He was in a country as a tourist‚ travelling by motorcycle.

“My son is looking well and healthy and his mind seems as sharp as ever.

“I don’t wish for this to happen to anyone else‚” Malcolm said.

He thanked the country for its “passion and compassion”.

“I would like to thank president [Jacob] Zuma and the Mali government for achieving what they have achieved‚ Malcolm said.

Gift of the Givers‚ a South African based organisation‚ which had been negotiating his release‚ described his freedom as a “great moment” and a “gift”.

In May‚ McGowan’s family sent a message of hope to mark 2‚000 days since McGowan and Swede Johan Gustafsson were captured by an Al Qaeda linked organisation called AQIM.

His father Malcolm told TimesLIVE this what was he wanted to convey to his son: “Hang in there. Be strong. Life is worth living‚ so live day by day.”

South America may still be the kidnapping continent of the world, but Africa is catching up fast, say the experts, and South Africans are ...
News
6 years ago