Mass protests flare up across Gauteng 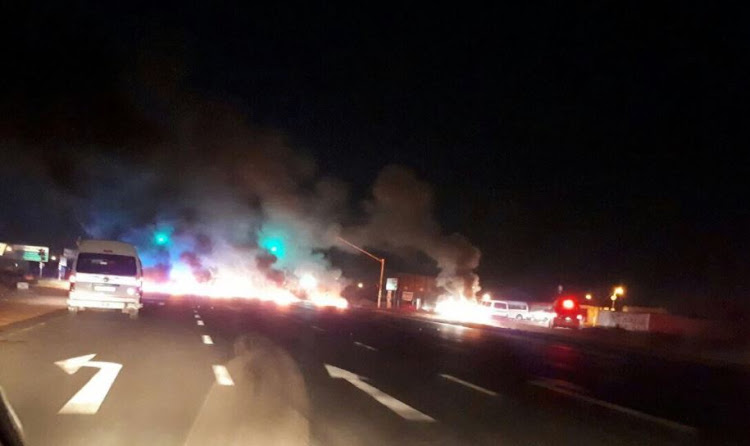 Protests broke out across Gauteng on Tuesday morning ahead of the no-confidence vote against President Jacob Zuma.

Bus services were disrupted by blockades‚ hours ahead of the crucial vote in parliament.

"Rea Vaya buses are not operating this morning due to road blockages in Soweto.Passengers will be updated on the situation during the day‚" the bus operator tweeted.

Rea Vaya buses are not operating this morning due to road blockages in Soweto.Passengers will be updated on the situation during the day.^BM

Putco buses were reportedly also affected by the strike action.

Transport driver just called, can't pick up my daughter for school because roads in Soweto are closed 🙆

Soweto seems to be 1 of the majorly affected areas with protesters still onsite as JMPD manages the situation @CityofJoburgZA pic.twitter.com/tRfCUwiZjk

"It's said that [the protests] are linked to the vote of no confidence‚" said Minnaar.

"There are no protesters in the various locations. They are blockading the roads the rocks and with burning tyres and then moving on to the next location‚" she said.

Mamonyane said a bakkie laden with rocks and tyres was confiscated by police in Soweto‚ but the occupants ran away before they could be arrested.

Protest action in Mamelodi, Atteridgeville, Soshanguve as well as in Olivenhoutbosch (affecting the R55) #PTATraffic pic.twitter.com/eBc3kEXsmS