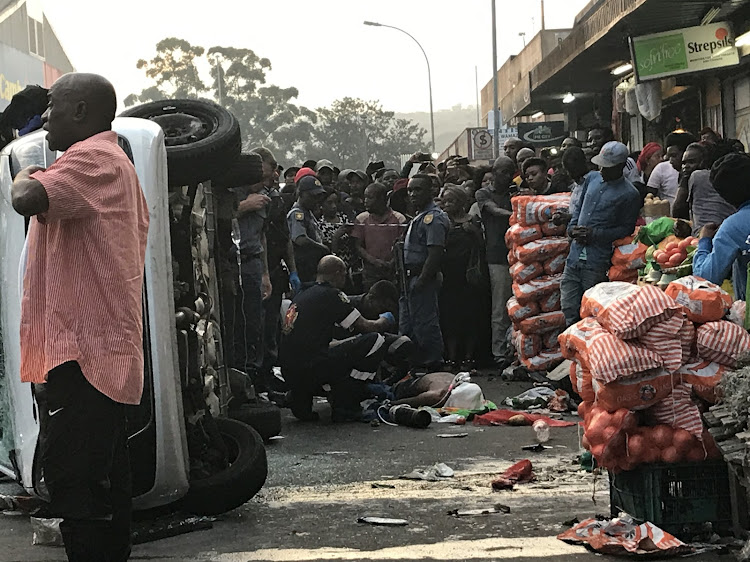 Two men were severely beaten after they were accused of trying to kidnap a child on Tuesday night.
Image: Jeff Wicks

Rumours of an abducted child are at the centre of a brutal case of alleged mob justice that claimed the lives of two men in Pinetown on Tuesday night.

It is understood that the pair were together in a car when they were accused of trying to kidnap a child.

Word quickly spread and a crowd grew‚ blocking the escape of the men.

Their car had its windshield smashed and was turned over by the mob‚ who then turned their attention to the alleged kidnappers.

Police had rushed to Stanfield Lane‚ which flanks the Pinetown taxi rank‚ and managed to save a man who was being attacked by a violent mob. However‚ he later died in hospital.

Officers were too late to save another man‚ who lay dead one block away. 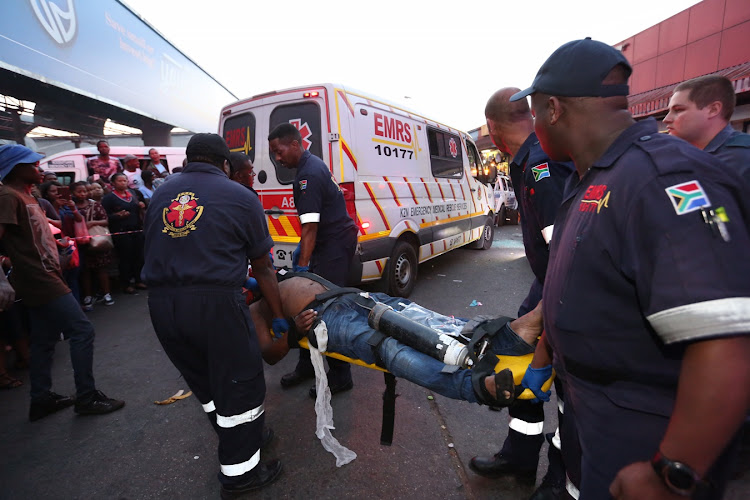 His bloodied body lay on a heap of potatoes‚ spilled from a nearby street stall during the chaos of the attack.

Police crime scene officials erected a wide cordon while they combed the scene for evidence.

Policemen guard the body of the man who was beaten to death by a mob in Hill Street in Pinetown on Tuesday night. He and another man were accused of abducting a child.
Image: Jackie Clausen