One dead‚ four injured in storms on West Rand 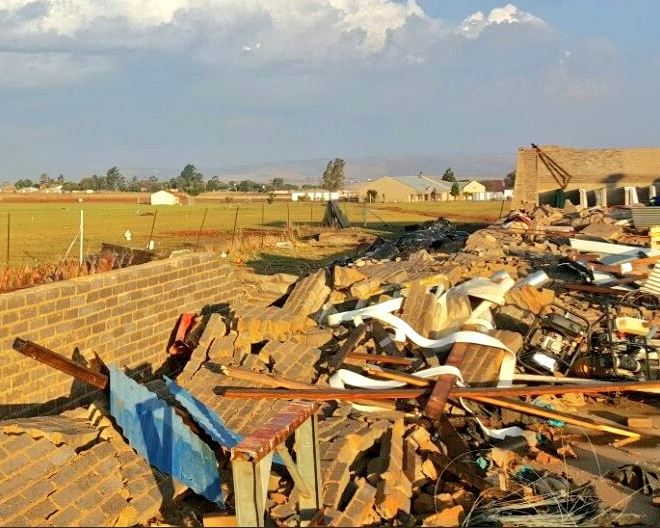 One Killed and two hospitalised as a reported tornado hits in Hillside road area.
Image: Twitter/Netcare911

At least one person has been reported killed and four others injured in the Krugersdorp area on the West Rand as a result of severe storms that lashed large parts of Gauteng on Monday afternoon‚ leaving a trail of destruction in their wake.

Netcare 911 tweeted that one person had been killed and two hospitalised as a reported tornado struck the Hillside Road area in the Krugersdorp vicinity. No further details were immediately available.

Paramedics also reported that two people had been injured when a severe hailstorm caused part of the roof of the Cradlestone Mall north of Krugersdorp.

“Fortunately‚ no serious or fatal injuries were found on the scene.

“Security members from the mall evacuated the area while paramedics treated the two patients. Shortly after‚ both patients were transported to a nearby hospital for further treatment.

“Local authorities were on the scene for further investigations‚” Meiring added.

A severe hailstorm wrecked havoc across Gauteng on Monday afternoon.
News
4 years ago