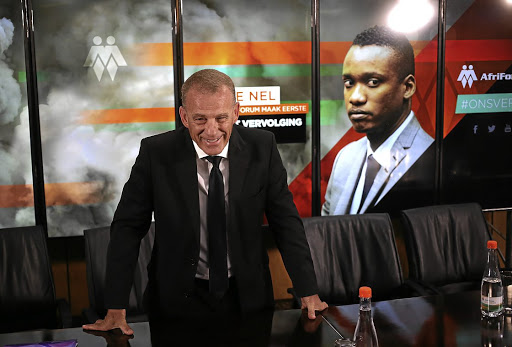 Duduzane Zuma, the embattled son of President Jacob Zuma, will be prosecuted for culpable homicide.

He will have to explain why he failed to assist the family of a woman he killed in a car crash in 2014, despite apparently making a commitment to do so.

Under fire for his links to the Gupta family, Zuma now has another battle on his hands - against renowned former public prosecutor Gerrie Nel, who is to take on Zuma in a private prosecution to ensure that the family of Phumzile Dube, the victim of the crash, receives justice.

"At the inquest court, Zuma told the [Dube] family that he would help them. That help never materialised. This prosecution we are pursuing is not about selective justice or who the accused is. It is about bringing justice to a family who for years have been left in the dark.

"It is about holding a person to account for his negligent actions. It's about giving [the family], including Phumzile's daughter, the answers they need to find closure."

Brother whose sister died in Duduzane Zuma crash speaks out

“This is a miracle. This is a gift from God. Now we will finally get justice.”
News
4 years ago

Dube was killed when Zuma crashed his Porsche into the taxi in which she was travelling on the M1 freeway in Johannesburg.

Her death orphaned her daughter, Thembisile, then two, and rendered her family penniless and unable to send the child to nursery school.

Despite the inquest magistrate, Lalitha Chetty, ruling that there was prima facie proof that Zuma's negligent actions caused Dube's death, the South Gauteng director of public prosecutions declined to follow Chetty's recommendations. The NPA claimed that a review of the evidence showed that there was no chance of a successful prosecution.

Dube's family has only received R5000 from the taxi association that owned the taxi.

Nel's announcement was made shortly after AfriForum submitted to the NPA a nolle prosequi - a certificate seeking permission for a private prosecution. Such a certificate is granted when the NPA decides not to prosecute.

NPA can intervene at any time during a private prosecution

If civil rights group AfriForum succeeds in taking Duduzane Zuma to court‚ the NPA can intervene at any time.
News
4 years ago

Zuma's lawyer, Gary Mazaham, said: "From the merits it is clear there is no case to prosecute although we are not surprised that this [private prosecution application] has come."

AfriForum has said that if the NPA did not certify a private prosecution it would approach the courts to either force the NPA to prosecute Zuma or grant it permission to do so.

"Now we will finally get justice," said Phumzile Dube's brother, Pedzisani. "We are praying we will have answers." - Additional reporting by Nico Gous