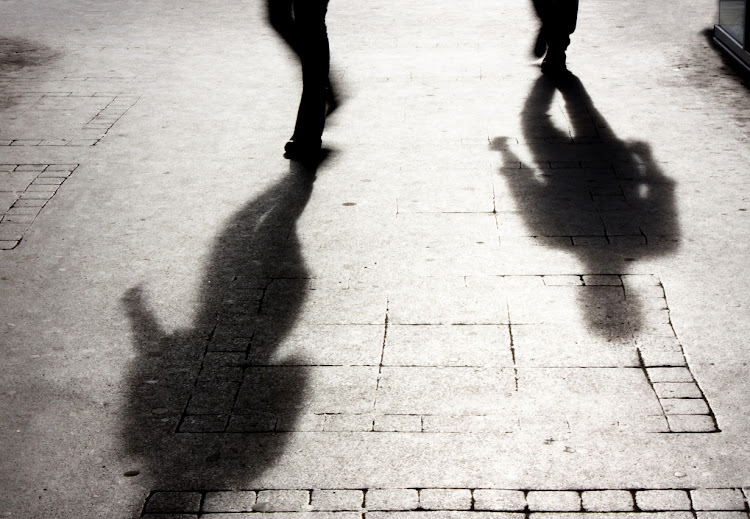 In a patriarchal society like South Africa‚ men‚ according to experts‚ often exploit their power‚ whether it is financial‚ political or physical‚ in the form of violence.

With the growing number of women breaking their silence on abuse since the worldwide #MeToo campaign gained momentum‚ women organisations say the focus should not be on women coming out‚ but on what men can and should do to address gender-based violence.

On Wednesday‚ former ANC MP Jennifer Ferguson claimed a top sports administrator raped her 24 years ago. A second woman has since come out claiming that she too was raped by the same man.

The whole #MeToo hashtag is full of so many brave women, but it's upsetting to think how many women can relate

"Men need to understand that the the word 'no' is not a cute way of saying she's interested. No actually means stop what you're doing! #MeToo‚" said Liz from SouthAfrica‏.

Men need to understand that the the word "NO" is not a cute way of saying she's interested. NO actually means STOP what you're doing! #MeToo

“The question should be how we place responsibility on men to stop these things they are doing‚” said Kelley Moult‚ the director at the University of Cape Town’s Centre for Law and Society.

She said she was not surprised more women were coming out and the numbers were only a fraction of the women who have suffered abuse at the hands of men.

Moult said it was incumbent on men to listen and recognise the problem.

Violence‚ according to Moult‚ is about power‚ a sentiment Policy Development and Advocacy Coordinator at Sonke Gender Justice Marike Keller shares.

Another woman has accused a top sports administrator of raping her‚ according to singer and former MP Jennifer Ferguson.
News
4 years ago

“South Africa is a patriarchal society – where men generally have power over women and some men exploit this power relationship‚” Keller said.

“We need to challenge patriarchy‚ harmful masculinities‚ gender norms‚ attitudes and beliefs‚ and stereotypes in our everyday lives – and more than anything‚ we need men to do this. We need men to call out other men on this. The onus shouldn’t be on women to educate men‚ but rather men educating other men.”

According to Keller‚ having more women speak out against abuse creates a sense of empowerment and solidarity among those who have decided to post #MeToo disclosures on social media.

However‚ “I am starkly aware that some cannot publicly speak out and thus feel they are not as brave as others who have. It’s important to stress that those who have not spoken out are in no way less brave than those who have.”

“It’s time we shine the spotlight on perpetrators of violence and harassment and the system that underlies these behaviours‚ and for men to help lead (interventions) on ending this scourge‚” Keller said.

Samantha Waterhouse‚ the head of the Women and Democracy Initiative at the Dullah Omar Institute at the University of Cape Town‚ said more women are coming out because they know they will be heard and believed.

She said women keep abuse a secret for different reasons.

“Sometimes you keep quiet for personal reasons. You have not yet made sense of what happened to you and what it means. You blame yourself‚ you feel helpless‚ guilty and afraid and so you would rather keep it to yourself.

“Or it can be for social reasons. We watch other people speaking out only to be victimised. It can be from family‚ a friendship system‚ the political structure or social. You then realise that bad things are enabled to happen and when they do happen one is silenced‚” she said.

Siyabulela Monakali of the gender rights group Ilitha Labantu says he hopes that campaigns like #MeToo are not short-lived but end up serving the purpose of outreach and awareness.

“The beauty of social media is that people have access and most importantly a platform to reach out and share their stories. People are coming out and it goes without saying that this might help combat this generational culture of silencing and normalising violence against women. We hope that these kind of campaigns are not short-lived and that their purpose may not be lost when the hashtag is somewhat forgotten‚” Monakali said.

“We should not get an artificial fix to a deep rooted problem‚” said Monakali.

Reflecting on the use of power by men in perpetrating violence against women‚ Monakali said: “The power struggle in our society is still racialised and systematic. You are only ever a man in the house because when you go out there‚ the world does not welcome you. Home becomes a place where they practice power‚ and this cannot be reason enough to be unkind to a human being”.

“Hyper-masculinity is an enemy. We live in a very patriarchal society. We need to sit down and ask ourselves what makes our society breed men who abuse women‚” Monakali said.

The #MeToo campaign gained popularity after actress Alyssa Milano’s tweet on Sunday in which she invited her followers to write the words “me too” if they have been sexually assaulted. Her tweet came after a number of actresses alleged that top film producer Harvey Weinstein had sexually assaulted them.

If you’ve been sexually harassed or assaulted write ‘me too’ as a reply to this tweet. pic.twitter.com/k2oeCiUf9n

Founded by US activist Tarana Burke 10 years ago‚ the campaign‚ according to her‚ is “…a movement to radicalise the notion of mass healing…”.

Burke said she started the campaign because she too is a survivor of sexual violence.

“I spent many years trying to figure out what healing looked like for me…The way I found the most safe space was when people empathised with my experience.”

Survivors are the ones who truly understand other survivors‚ Burke says.