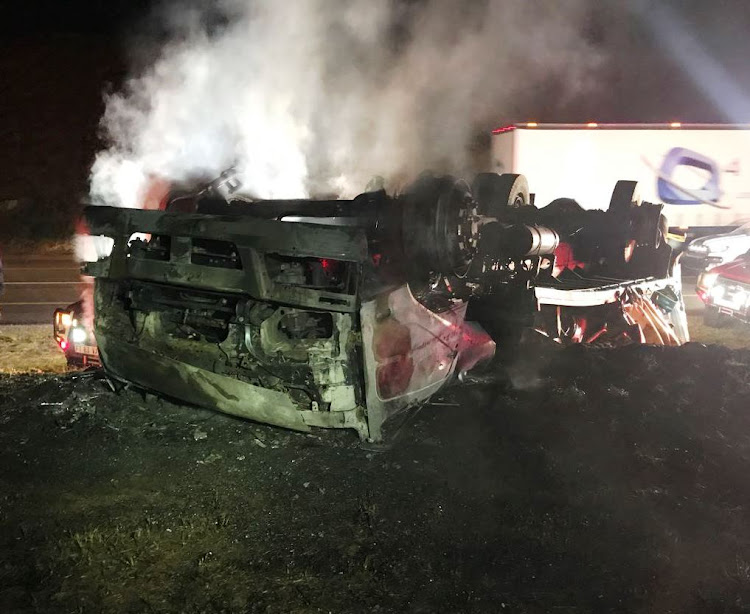 Two vehicles, a truck and a car collided on the N4 between the Brits tollgate and the Hornsnek off-ramp. The truck overturned and caught fire after leaving the road on 20 October 2017,
Image: Supplied by Netcare 911

A man has died after a fire broke out during a collision on the N4 between a truck and a car‚ paramedics said.

The accident occurred around 04.10 am on Friday on the N4 between the Brits tollgate and the Hornsnek off-ramp‚ Netcare 911 said in a statement.

"Reports from the scene allege that the two vehicles collided and the truck left the road and overturned before catching fire. The incident and preceding events will form part of a police investigation‚" Netcare 911 said.

"Paramedics from various services were on scene and attended to three men. The driver of the car sustained relatively minor injuries and was transported by another ambulance service to hospital. One of the occupants from the truck was fortunate to escape with relatively minor injuries and was treated and transported by Netcare 911 to hospital for further assessment and care."

A second occupant of the truck‚ believed to be in his thirties‚ sustained severe injuries and died at the scene.