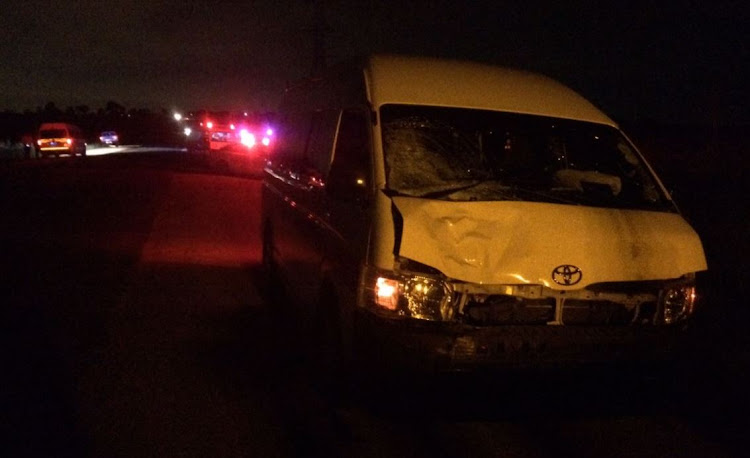 A security guard was killed after he was knocked down by a taxi on the R114 before the HeronBridge College in Fourways last night.

The guard was in pursuit of wrongdoers when he ran across the road.

Paramedics from ER24 arrived at 9.30pm. They found the security guard lying off the road slightly down an embankment. "Unfortunately‚ the man showed no signs of life and he was declared dead on the scene‚" ER24 spokesperson Ineke van Huyssteen said on Saturday.

He was transported to Helen Joseph hospital for further medical care.

"The exact circumstances surrounding the incident were not yet known to our paramedics but local authorities were on the scene for further investigations‚" said the emergency service spokesperson.