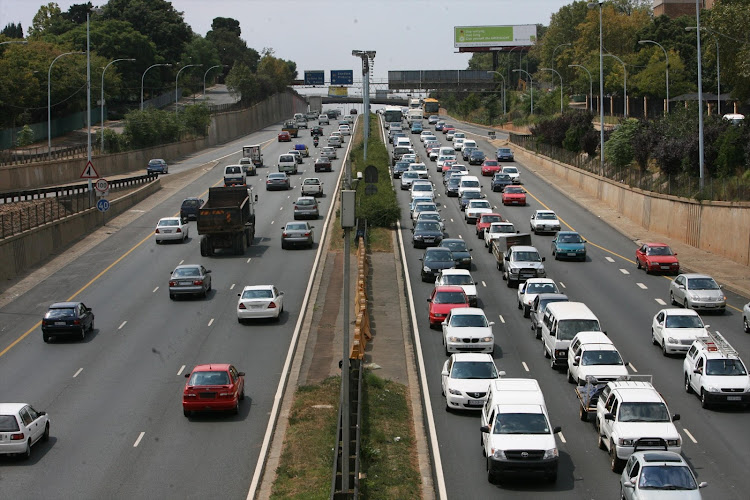 More than 924 000 vehicles have been stopped and checked at various roadblocks since the start of festive season law enforcement operations throughout the country.
Image: Lucky Nxumalo

In addition‚ three taxi drivers were arrested for attempting to bribe traffic officers. Two of the arrests took place in Limpopo and one was in the Eastern Cape.

More than 924,000 vehicles have been stopped and checked at various roadblocks since the start of festive season law enforcement operations throughout the country.

“Most of the vehicles were stopped in Limpopo‚ Gauteng‚ Mpumalanga and the Western Cape. More than 105 000 drivers were tested for alcohol and 2 ,47 drivers were arrested for having alcohol blood content above the legal limit‚” the RTMC said.

“The highest number of arrested drunk drivers were in Gauteng‚ followed by Limpopo‚ Mpumalanga and the Western Cape‚” the RTMC said.

It added that law enforcement officers will remain in place around the clock this weekend. Their presence will remain high until schools re-open.

There’s a lull in the traffic - and accidents - on Christmas Day but in the past 48 hours at least 12 people died and 33 were injured in road ...
News
4 years ago

KwaZulu-Natal emergency services confirmed on Thursday that one person has died and nine other people injured after a container fell off a truck‚ on ...
News
4 years ago

Firefighters and paramedics battled for nearly half an hour to free two people trapped inside the wreckage of a car on the N2 in Durban on Thursday ...
News
4 years ago