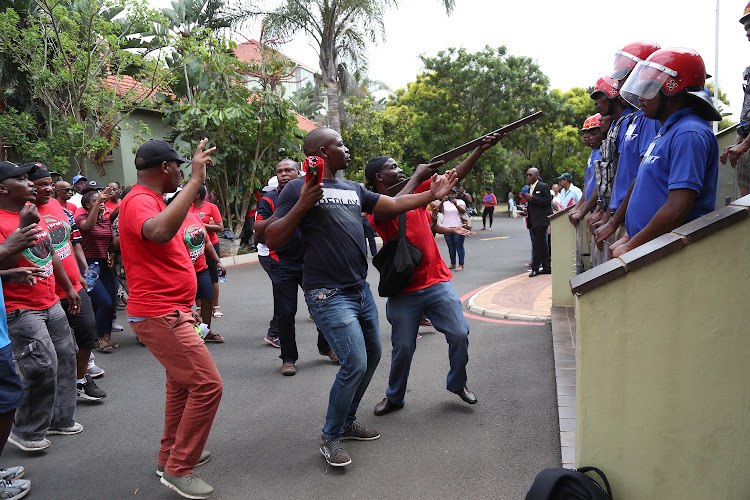 Three people were injured when a firearm went off during a scuffle between security and striking workers at the strife-torn Durban University of Technology on Wednesday.

"It is alleged that the workers attempted to disarm the security guard and a firearm went off.

"A student and two employees sustained minor injuries. The situation is calm at the moment and the employees are waiting for the management to address them‚" said Mbhele.

Public Order Police together with Berea Police were dispatched to monitor the situation.

"A case of public violence and malicious damage to property was opened at Berea police station. No case has been opened by the injured victims at the moment‚" she added.

DUT strike to go on 'indefinitely'

Staff at the embattled Durban University of Technology will continue with industrial action despite the commencement of lectures being less than a ...
News
4 years ago

Education for students at the embattled Durban University of Technology will be compromised if the institution accedes to employees’ salary demands.
News
4 years ago