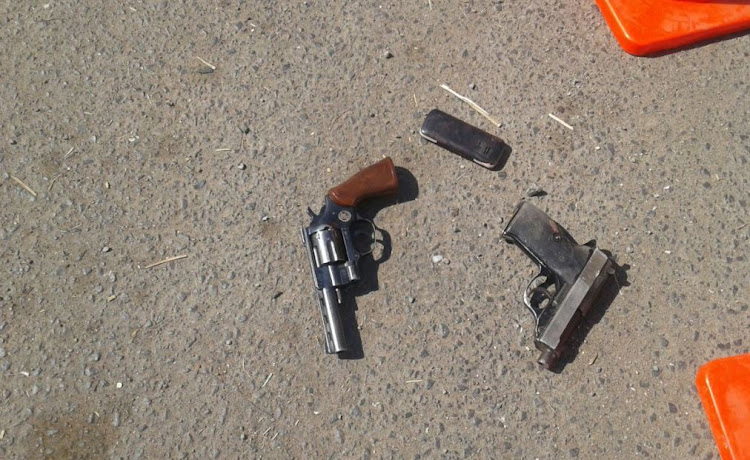 The minister of police on Wednesday asked the Constitutional Court not to confirm that two sections in the Firearms Control Act were unconstitutional.

The sections‚ if declared unconstitutional‚ will disrupt the police’s goal of regulating firearm ownership by requiring that each firearm owner has a licence that expires after a certain period.

Before the Firearms Control Act of 2000‚ a licence to possess a firearm lasted for life.

The new Act also required that a competency certificate‚ which shows that a person is fit and proper to possess a firearm‚ must be obtained and that it will expire after a certain period.

The constitutional challenge in the High Court in Pretoria was brought by the South African Hunters and Game Conservation Association.

It followed an instruction in February 2016 by the then acting national police commissioner Khomotso Phahlane that police stations should not accept any late renewal applications for firearm licences.

Section 24 of the Act states that a person who wants to renew their firearm licence must do so “at least” 90 days before the licence expires.

Section 28 provides that a licence terminates at the expiry of the relevant period in the Act.

Before the directive‚ applicants for renewals could bring the applications even less than 90 days before the renewal and their licences would be renewed.

According to the association‚ there were about 300‚000 unlicensed firearm owners‚ most of whom simply forgot to renew the licences on time.

They now find themselves at risk of being deemed to be in unlawful possession of firearms‚ a crime which attracts a 15-year sentence.

The high court judgment passed in July last year ruled that that all firearm licences that expired or that were due to expire‚ would be deemed valid until the Constitutional Court has reviewed the constitutionality of the two sections.

On Wednesday‚ the Constitutional Court also heard the application by the association to confirm that these two sections were unconstitutional.

Arguing for the minister of police‚ Geoff Budlender SC disputed that the sections were unconstitutional.

Budlender said even if the court were to find there was a constitutional challenge‚ declaring as invalid the whole sections would not be an appropriate remedy.

Budlender said this would remove the mechanism for the renewal of licences and abolish the criteria and procedures for cancellation of licences.

Frank Snyckers SC‚ for the association‚ said as a result of the sections‚ a licensed firearm owner who failed to apply on time would be placed in the same position as the person who had bought an illegal firearm.

Two friends of the court were admitted in the case.

In its submissions‚ Gun Free South Africa said the licensing system in the Act played a crucial role in gun control.

This was because the licensed firearm holder was required regularly to prove that he or she still qualified to have the firearm.

Fidelity Security Services said if the court found both sections to be constitutional‚ provisions of the Act should provide for the extension of a licence which is about to expire.

Boy‚ 11‚ shoots sister then himself

Police are investigating what appears to be an accidental shooting which claimed the lives of a two-year-old girl and her 11-year-old brother in ...
News
3 years ago

Over the past 12 months, Dr Ahmad Ghandour has endured death threats, false leads and heavy gun fire. His car was damaged in a bombing and terrorist ...
News
3 years ago