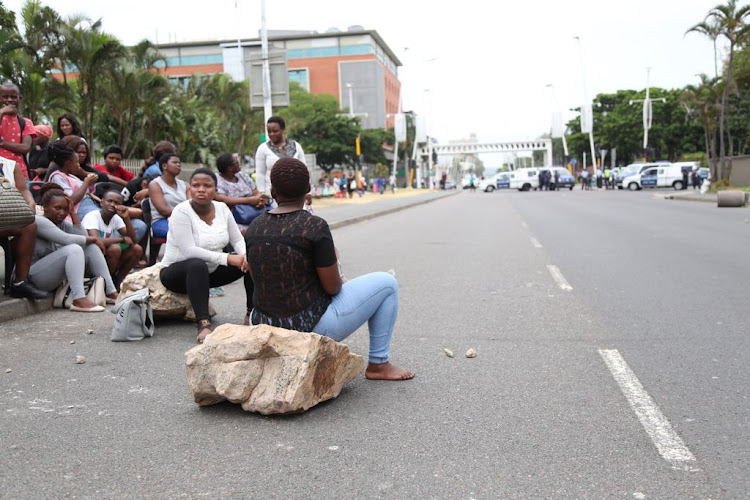 The student representative council of Unisa has threatened a “national shutdown” of the university should a National Student Financial Aid Scheme (NSFAS) funding crisis remain unresolved.

National SRC president Zandile Sodladla said that thousands of students had not received study grants‚ preventing registration and the commencement of their academic programme.

Close to 80‚000 students enroll themselves in the correspondence institution in KwaZulu-Natal. This has sparked clashes between students and police‚ which saw running battles at the central Durban campus on Monday. Three protesters were arrested on charges of public violence.

“The chaos that you see in this KZN campus is not unique‚ the entire province is in tatters based on the issue of NSFAS‚” Sodladla said on Thursday.

KwaZulu-Natal University of South Africa students who claim to have been left high and dry by the National Student Financial Aid Scheme (NFSAS) have ...
News
4 years ago

“The most critical issue is student funding. We just had a meeting with the management of this institution and we wanted to find solutions around this funding issue‚” Sodladla added. She said that the management of Unisa had defied the instruction of President Jacob Zuma‚ who had made proclamations about free education.

“A huge chunk of our students are not yet registered and now this closed last week on Friday. They are in the dark‚ they don’t know where they are at.

“NSFAS themselves say they have deposited R53 million but the university is saying nothing about why these students have not been activated. We heralded the call to access higher education and now we are being kept outside the system.

“Come hell or high water‚ if this is not resolved‚ we will have a national shutdown of Unisa‚” Sodladla said.

NSFAS spokesman Kagisho Mamabolo said that the body has received no formal communication from the institution. “We have contacted the university to get an update on the matter‚” he said.

NSFAS had been scheduled to address students‚ but cancelled at the eleventh hour.

Unisa students in Durban took to the streets in protest over fees on Thursday, 8 February 2018. The protest was sparked after several students had not received their study grants and could not com...