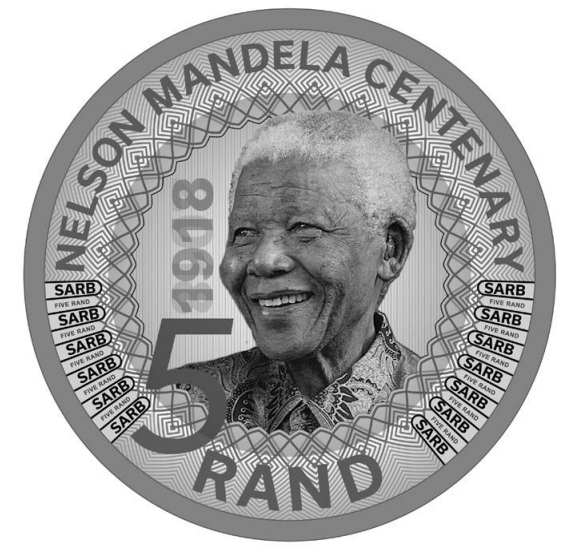 The South African Reserve Bank says the R5 coin and banknotes of all denominations are expected to be introduced on July 18.
Image: Government Gazette

South Africans can expect a new coin and banknote issue with former President Nelson Mandela’s face on it later this year.

The South African Reserve Bank (SARB) said in a statement the R5 coin and banknotes of all denominations were expected to be introduced on July 18.

“The existing Mandela series of banknotes as well as the existing R5 coin in circulation will remain legal tender and will continue to be issued‚” SARB said on Sunday.

This forms part of Mandela’s centenary birthday celebration. He was born on July 18 1918 and Sunday was the 28th anniversary of his release from prison.

The South African Mint‚ a subsidiary of the SARB‚ will issue the new R5 coin.

“We unveiled the current Mandela series of banknotes in 2012 to honour him. While preserving the value of money is our main mandate‚ our purpose is to be a bastion of institutional strength‚ contributing to a stable and prosperous economy that serves the well-being of all South Africans‚ and guided in part by Madiba’s values.”

SARB last month published the design of the R5 circulation coin in the Government Gazette.