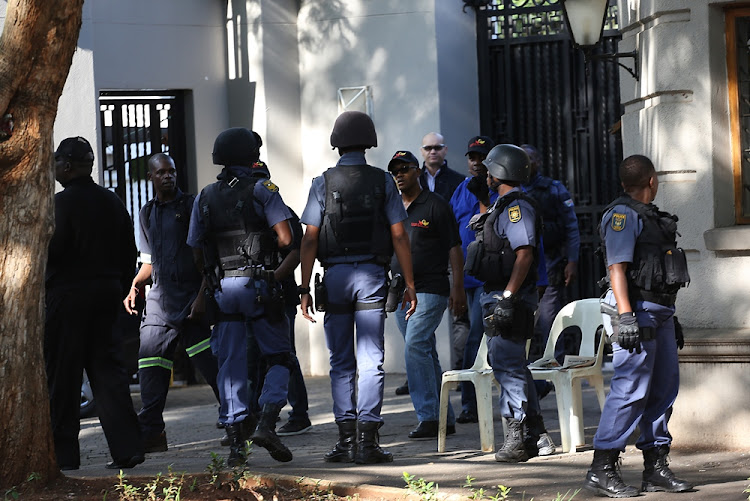 The raids that have targeted properties owned by the Gupta family on Wednesday are related to an investigation by the Hawks into the controversial Vrede dairy farm project.

What was this project? Here is the back story.

The project established a dairy farm in Vrede‚ in the Free State‚ in partnership with Gupta-linked company Estina. It was adopted by the provincial government without a tender.

TimesLIVE revealed last month that Estina had only R9‚000 in its bank account before the first payment of R34-million was deposited by the Free State department of agriculture. Court papers filed by the National Prosecuting Authority's Asset Forfeiture Unit (AFU) indicated that the project was allegedly a looting ground for the Gupta family and their associates. Altogether‚ R220-million was poured into the project‚ with only about R2 million being spent on the farm. There was little benefit derived by members of the local community.

The AFU court papers alleged that R220-million had been paid into three bank accounts controlled by Estina over a 29-month period between April 2013 and May 2016.

Estina then allegedly transferred the money to various individuals‚ including R10 million to Atul Gupta. Some of the companies were linked to the Gupta family and money was also paid to the Bank of Baroda.

Leaked Gupta family emails revealed that President Jacob Zuma's son‚ Duduzane‚ has or had interests in some of the businesses that allegedly benefitted.

The back story was further fleshed out in an article by the Sunday Times in January‚ which suggested the Gupta brothers and Mineral Resources Minister Mosebenzi Zwane would soon be charged in what would become the country’s first state capture case to be prosecuted.

Zwane was the MEC for agriculture and rural development in the Free State at the time of the Estina scheme.

Some of the dairy project money was allegedly used to pay for an extravagant Gupta family wedding at Sun City in 2013‚ to acquire a private jet and purchase a fleet of luxury cars. Tens of millions allegedly flowed to a shelf company in Dubai. Other cash was diverted through a bank account in Dubai and rerouted back to South Africa.

The Guptas and government hijacked my dairy farm idea. This is the gist of a claim by a South African businessman who was jailed in Dubai for more ...
News
4 years ago

The Sunday Times reported that South African law enforcement authorities had obtained co-operation agreements from the Indian‚ British and United Arab Emirates governments to assist with the investigation when required by Pretoria.

“We have surrounded the Guptas and they have nowhere to go. They have been kept under watch by our counterparts everywhere and we have made good progress on tracing the monies that went out of South Africa‚” a senior police official with intimate knowledge of the investigations told the Sunday Times.

Estina‚ the company that ran the Gupta-linked Vrede Dairy Farm Project, had only R9‚000 in its bank account before the first payment of R34-million was deposited into it by the Free State department of agriculture. How was the dairy farm looted?