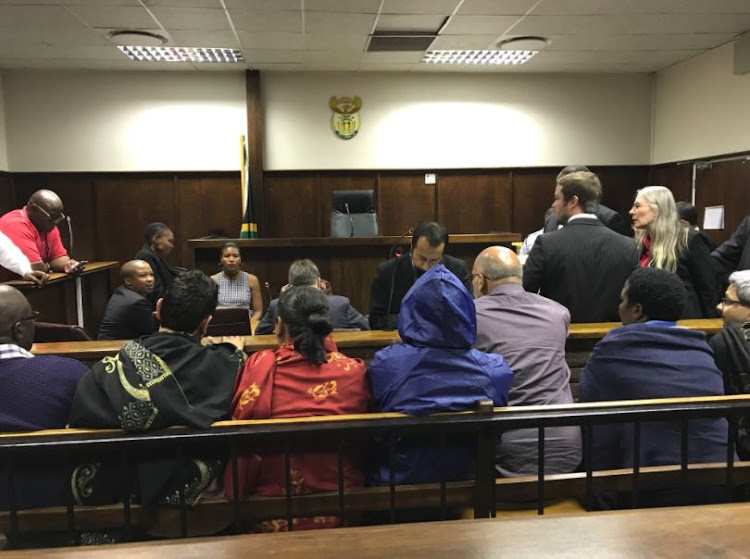 “The portfolio committee on police welcomes further high-profile arrests by the DPCI (Hawks) focusing on corruption allegations at different levels of government in the last 48 hours‚” the committee said in a statement.

Eight suspects were arrested on Wednesday during operations in Bloemfontein and Johannesburg in connection with the Vrede dairy project scandal. About R220 million was allegedly stolen from the Free State project‚ which was meant to assist indigent farmers but saw millions of rand allegedly siphoned off to the Guptas.

The accused were granted bail in the Bloemfontein Magistrate's Court on Thursday. The case has embroiled mining minister Mosebenzi Zwane and the embattled Gupta family. Committee chair Francois Beukman said it was in the public interest that the Hawks deal decisively with corruption and serious crime.

“Serious organised crime and corruption threatens the state and national security and should be dealt with head on by the DPCI‚” Beukman said.

The committee reiterated its recommendation that a separate budget vote for the Hawks would be a powerful tool in strengthening its effectiveness. “The Acting Head of the DPCI‚ Lt General Yoliswa Matakata‚ and her team should be commended for their swift and decisive action. Many of the complex cases take many months to investigate and case officers put a lot of effort to ensure that court-ready dockets are finalised‚” Beukman said. Beukman urged the public to help the Hawks fight priority crimes. Hawks bosses are expected to brief the committee on high-profile cases and other serious crimes on February 28.

Thirteen suspects have been served with warrants of arrest in relation to state capture investigations‚ a spokesperson said on Thursday.
News
4 years ago

With a combined viewing of over 675-billion‚ President Jacob Zuma's exit was the biggest story to hit South African social media. It even dwarfed ...
Politics
4 years ago