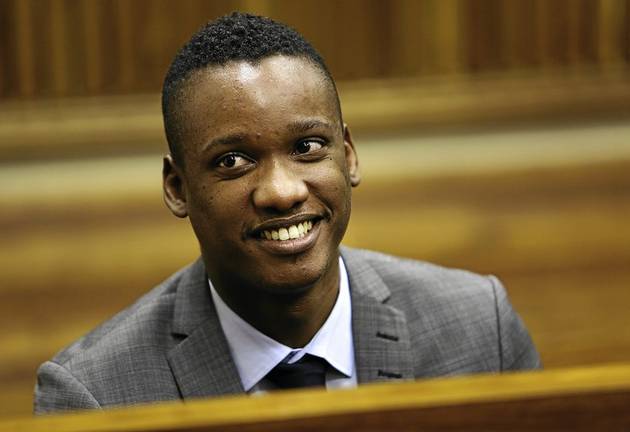 The embattled Gupta family was on Wednesday morning hoping to strike a deal with the Hawks after the special unit carried out a raid on the controversial family’s Saxonwold compound in Johannesburg earlier in the day.

Duduzane‚ in response to SMSs and calls‚ said he was in a meeting and could not speak.

He failed to comment on reports that he would hand himself over to the Hawks.

As the country waits to see if President Jacob Zuma will resign, the Hawks launched a raid on the Guptas compound in Saxonwold. Follow all the live ...
Politics
4 years ago

Sources close to the Guptas and with knowledge on the raids and their apparent looming arrests said moves were under way to get some sort of deal signed.

The Guptas lawyer‚ Ahmed Gani‚ said his clients had not been arrested.

“I am en route to meet them now. They have not been arrested or charged with anything and are still free as we speak‚” he told TimesLIVE a short while ago.

Gani‚ of the law firm Gani Mayet Attorneys in Johannesburg‚ said he had yet to receive any documents pertaining to the search and seizure warrant that led to heavily armed Hawks officers raiding the family’s Saxonwold compound early on Wednesday.

Gani was summoned from his Houghton offices after a call for assistance by an employee of the Guptas.

He confirmed that he would meet the Hawks on Wednesday.

The Hawks were seen early on Wednesday morning shutting off a portion of the street outside the family’s home as they conducted the raid. Officers also raided other properties in Johannesburg linked to the family and their associates.

The raids are believed to be linked to last month’s preservation order which the Asset Forfeiture Unit obtained in relation to the Estina Dairy Farm project‚ at Vrede in the Free State.

The project was meant to be a lifeline to indigent farmers but saw millions of rand allegedly siphoned off to the Guptas.

The #GuptaLeaks reports revealed last year that at least R30-million paid to the Guptas via the farm ended up funding the family’s lavish Sun City wedding in 2013 - but this did not form part of Public Protector Busisiwe Mkhwebane’s probe. Mkhwebane said the Estina expenditure was being investigated by the Hawks.

In her report‚ she found that the Free State agriculture department had failed to manage and monitor implementation of the terms of agreement with Estina in relation to budget evaluation‚ expenditure control and Estina’s performance. Mkhwebane directed Free State premier Ace Magashule to institute disciplinary proceedings against all implicated officials involved in the project and submit a report to the public protector on the action he would take once a disciplinary process had been concluded.

The Gupta family are not having a happy Valentine's day, and the hawks swooped on their Saxonwold home in the early hours of Wednesday morning.
Politics
4 years ago

Events leading up to the Hawks raid on the Gupta family

Former public protector Thuli Madonsela‚ in her 2016 report on state capture‚ directed President Jacob Zuma to appoint a commission of inquiry to ...
News
4 years ago

A Gupta brother and one of their business associates have been arrested by the Hawks‚ sources said.
News
4 years ago

Inside the Gupta home – officers describe the Hawks raid

Officers have described what it is like inside the luxurious Gupta home in Saxonwold‚ Johannesburg‚ which the Hawks targeted on Wednesday morning as ...
News
4 years ago