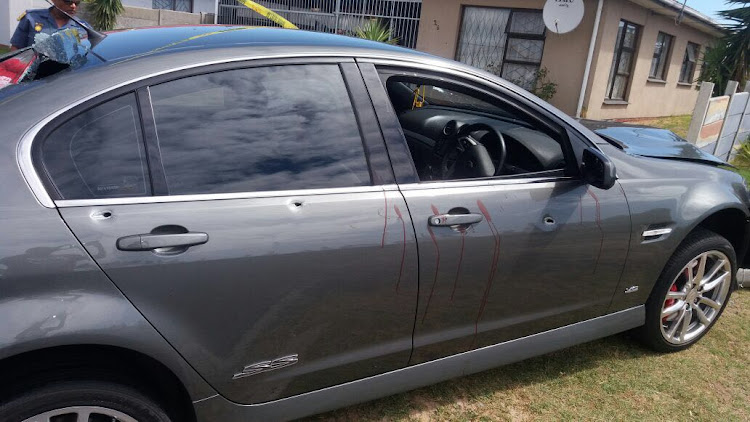 As President Cyril Ramaphosa’s motorcade cruised on empty roads to Parliament last Friday‚ in another part of Cape Town gangster Hempshire Brown died in a hail of bullets.

Superficially‚ it would be easy to dismiss Brown’s death as the result of just another Cape Flats gang spat between the 28s‚ in which he was suspected of being a leading player‚ and their archrivals‚ the 26s.

But the timing of the shooting may not have been coincidental.

While Ramaphosa’s speech heralded South Africa’s “new dawn”‚ two hits in the same week may be signs that mafiosos who thrived under the presidency of Jacob Zuma — a period characterised by a weakening of the institutions of law and order — are feeling the changing of the tides.

Sources say Brown’s killing and the execution of a Bulgarian couple in their southern suburbs home four days earlier suggest that “loose ends” are being dealt with in anticipation of greater pressure from law enforcement agencies.

Brown was killed as he tried to flee hitmen who sought him out in Eerste River. Alleged Sexy Boys gang leader Jerome “Donkie” Booysen was seen at the scene with his bodyguards‚ inspecting a bullet-riddled car with blood smeared on the driver’s door.

The attack by robbers on the Engcobo police station is the second time that officers there have come under attack.
News
3 years ago

It is understood that 18 bullets were fired at Brown‚ and Rwexana said he died in hospital.

Sources said Booysen’s appearance at the scene was remarkable because Eerste River is controlled by rival gangsters and he risked being attacked by going there.

Brown went to ground about 10 years ago after a feud between the Booysen family and the Brown family in Belhar‚ and sources with knowledge of gang activities suggest that he had been quietly controlling large swathes of Eerste River since then.

Four days earlier‚ Angelo Dimov and his wife‚ Nessie Peeva‚ were shot in their Bergvliet home. Dimov was arrested in 2013 for his alleged involvement in a credit card fraud syndicate.

Law enforcement sources and sources connected to the underworld have alleged that Dimov was also instrumental in helping a Cape Town businessman and a lawyer to move money overseas.

Laptops and cellphones were the only things stolen from Dimov’s home‚ apparently from a safe‚ and the couple’s six-year-old daughter and Dimov’s 27-year-old son‚ Georgi‚ are the only remaining relatives in South Africa.

Gareth Newham‚ from the Institute for Security Studies‚ said the killings of Dimov and Brown could have been the result of internal “disagreements”; or they may have been “strategic”‚ if gang bosses had discovered they were working with the police.

“It’s difficult to say whether this has anything to do with the administration change. There might be panic because organised crime has reached deep into the South African Police Service in the higher levels‚ and certainly within the crime intelligence environment‚” said Newham.

The “panic” as a result of a clean-up in the police could lead to murders. “They [the gangsters] are not going to pay money for people who are not going to give them good information‚ that’s why they tend to go for as many high-ranking people as possible.

“They use various ways of identifying those who are in debt‚ those that might have things to hide.”

Newham said that if the murders were the result of the gangs trying to get rid of loose ends‚ then last week’s murders “were not the end of it”.

Candidate attorney Xola Nqola has shared his dismay at the brazen attack on a police station in the Eastern Cape overnight‚ during which seven people ...
News
3 years ago

Eric Pelser‚ the head of ENACT‚ a programme funded by the European Union to enhance Africa’s response to transnational organised crime‚ said it “sounds logical” that the murders could be part of criminal entities trying to cover their tracks.

“What is clear is that the criminal enterprise in Cape Town has long roots into state structures. There’s an ability to buy a police commissioner for what amounts to R75‚000. That we know from the Arno Lamoer case‚ and those tentacles run really deep‚” he said.

“It must be obvious to President Cyril Ramaphosa and his team that structural change through the criminal justice system is a fundamental priority for the legitimacy of the Ramaphosa administration‚” he said.

“It must be equally clear that one of the key elements is crime intelligence‚ which as you can see is severely compromised‚” said Pelser.