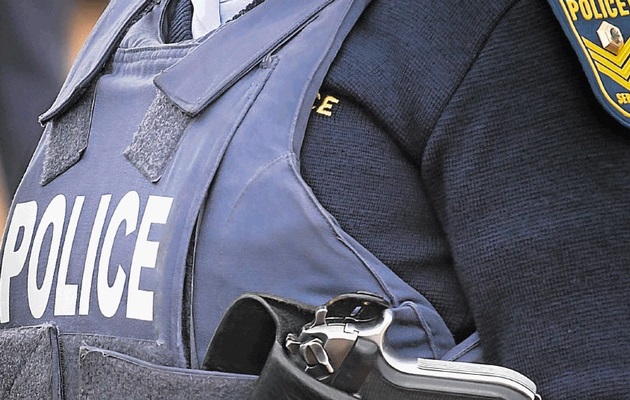 Three North West police officers have died after they were involved in an accident just outside Engcobo in the Eastern Cape.

One officer was admitted to hospital after the accident‚ which occurred around midnight.

North West police disputed reports that the officers were on their way to a memorial service for the officers who were shot by a gang a week ago in the area.

“They are members of the provincial tracking team. They were in the Eastern Cape to track a suspect wanted in the province‚ not to attend a memorial service. We are aware of the confusion caused by the reports‚” said Brigadier Sabata Mokgwabone‚ North West police spokesperson.

We’re coming for you – dead or alive. That was the message from South Africa’s top cop on Wednesday at ground zero in Engcobo in the Eastern Cape‚ as ...
News
3 years ago

Engcobo has made headlines since last week when a gang ambushed a local police station and shot several police officers and stole firearms. The suspects were later found at a cult church called Mancoba Seven Angels Ministry.

The Police and Prisons Civil Rights Union (Popcru) expressed its condolences over the deaths.

"The Police and Prisons Civil Rights Union (Popcru) is saddened by yet other losses of lives of police officers who were part of the investigative teams that were deployed to eNgcobo in the Eastern Cape. It is with deep sadness that our officers perish under such circumstances‚" the union said in a statement.

"It is understood that while doing their work in the early hours of this morning‚ they got involved in a fatal car accident that took the lives of three officers‚ with one being in a critical condition. We would like to send our sincerest condolences to their colleagues and families in the North West province‚ and wish the injured officer a speedy recovery."

Five police officers and retired soldier were killed in Ngcobo on February 21 2018. Here’s what we know so far about the massacre.