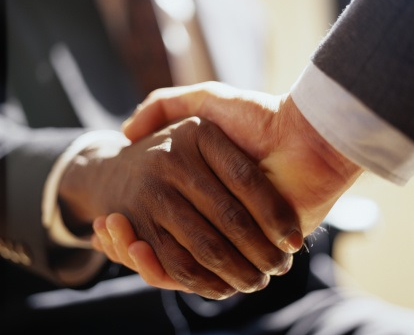 The study found that relations between South Africans of different races are mainly positive‚ with an overwhelming majority believing that “the different races need each other for progress and there should be equal opportunities for all”. File photo.
Image: Gallo Images/Thinkstock

A study conducted by the SA Institute of Race Relations (IRR) has revealed that there is an improvement in race-related issues in the country‚ with 77% of black respondents saying they have not personally experienced racism.

The report - titled Race Relations in South Africa: Reasons for Hope 2018 - is based on a study released on Tuesday‚ ahead of the Human Rights Day. It found that relations between South Africans of different races are mainly positive‚ with an overwhelming majority believing that “the different races need each other for progress and there should be equal opportunities for all”.

But Anthea Jeffery‚ author of the report and head of policy and research at IRR‚ said this did not mean South Africa could be complacent on the issue of race.

“It is important to guard against complacency on race issues‚ for 61% of black respondents also agree that ‘South Africa is now a country for black Africans and whites must take second place‚” Jeffery said.

Key findings in the poll are that:

- Close on 80% of all respondents - and 77% of black South Africans - agreed that better education and more jobs would in time ‘make the present differences between the races steadily disappear’;

- Creating more jobs‚ improving education and fighting crime were the three top issues which most South Africans wanted the government to focus on;

- More than two-thirds of all respondents (67%) agreed that the focus in hiring should be on merit‚ rather than race‚ with 62% of black respondents endorsing this view;

- Two-thirds of all respondents agreed that politicians are exaggerating the problems posed by racism and colonialism in order to excuse their own shortcomings. A high proportion of black respondents (62%) agreed with this statement; and

- Almost 60% of all respondents agreed that‚ in selecting sports teams‚ the best players should always be picked‚ even if race representation was not evident. Support for this was particularly strong among whites (91%)‚ coloureds (77%) and Indians (67%). A little over half of black respondents (51%) also endorsed this perspective.