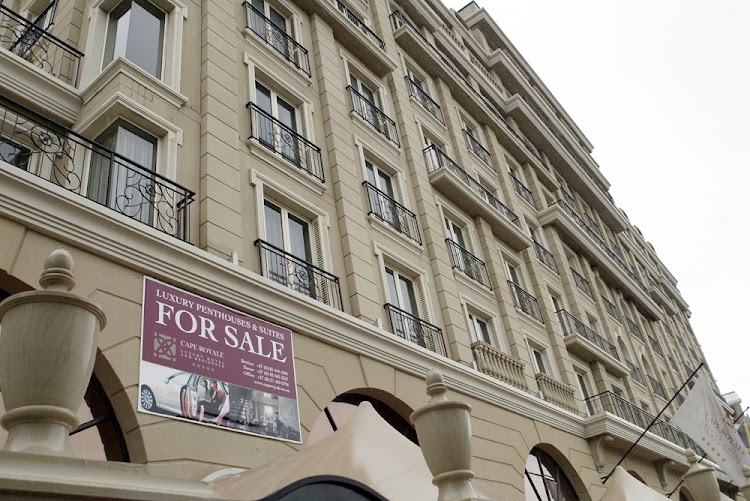 It promises a five-star sleepover with a 270-degree view of Cape Town‚ but the owner of the Cape Royale Hotel could be having sleepless nights fighting a lawsuit to shut down the establishment.

On Friday‚ the High Court in Cape Town heard an application for leave to appeal against a judgment delivered by the court in February shutting down the Green Point hotel for contravening a municipal by-law.

The hotel and restaurants are in direct contravention of the approved plans for the building in respect of fire safety.

Phelan is also a trustee of the body corporate‚ which has been under administration since 2013 when a judge found him and his co-trustee guilty of “fiduciary failings”.

In his court papers‚ Woolley said the hotel was “operating unlawfully from the property”‚ which “constitutes a criminal offence”. He said “the use of the property as a hotel poses a health‚ safety and fire hazard” which could compromise the R680-million insurance policy.

“As the building is currently approved and built‚ there are material concerns as to aspects of the fire-safety design and compliance‚ which represents a material risk to life safety‚” the court papers read.

“The hotel and restaurants are in direct contravention of the approved plans for the building in respect of fire safety.”

Phelan opposed the application but the court interdicted him from “operating or permitting the operation of a hotel on the property unless and until the required approvals have been obtained from” the City of Cape Town.

He was also “restrained from marketing‚ offering‚ conducting and/or permitting the operation of a hotel”.

Cape Royale’s Taryn Lee Vos told TimesLIVE the hotel was operating optimally. “Cape Royale has appealed the judgment‚ which was obtained by the administrator of the body corporate without consultation with or the consent of the owners‚ and continues to operate as normal with one of the highest occupancy rates in Cape Town‚” she said.

“Arising from a dispute in the body corporate administration an administrator was appointed in early 2013 to resolve the matter … within one year of the date of such appointment. Unfortunately‚ this saga now continues five years later‚ at significant cost to all owners.”

Lee Vos said they expected the “matter to be fully resolved in the coming months”. Woolley said judgment would be delivered next week.

The hotel was the site of the now-defunct ZAR Lounge nightclub‚ run by controversial businessmen and former convicts Kenny Kunene and Gayton McKenzie‚ where patrons ate sushi off the bodies of models.