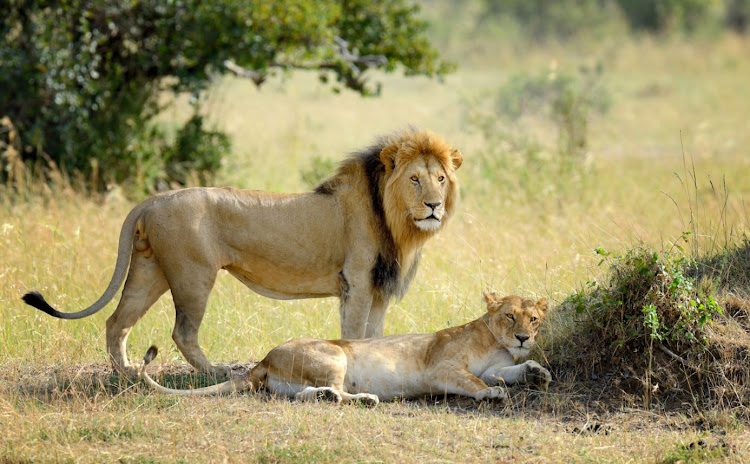 Two South African hunting associations that embrace canned lion hunting have lost an appeal to retain their membership to Europe's top hunting organisation‚ and have been thrown out of the International Council for Game and Wildlife Conservation (CIC) for breach of policy.

Their expulsion by the CIC is considered the strongest-ever rejection of South Africa’s hunting policies‚ as well as the bodies which support canned lion or captive-bred lion shooting operations – shooting captive-raised lions is widely regarded as unethical and unsportsmanlike.

South Africa has been implicated in the supply of donkeys for Chinese medicine‚ a report released on World Donkey Day has revealed.
News
4 years ago

This follows a policy reversal by PHASA and CHASA in November last year to support the captive lion hunting industry‚ and permit membership of their respective organisations by persons who engage in the practice of captive bred lion (CBL) shooting. This despite the fact that in 2015‚ PHASA members voted unanimously to reject captive lion hunts at the body’s 2015 annual general meeting in Polokwane.

Tamás Marghescu‚ director general of the CIC said that “both PHASA and CHASA had exercised their rights of appeal in accordance with the Statutes of CIC‚ but failed in their bid to be reinstated”.

“At the 65th General Assembly of the International Council for Game and Wildlife Conservation [CIC] held in Madrid on 4th May 2018‚ an appeal was heard concerning the previous decision by the Executive Committee of the CI to expel the Confederation of Hunting Associations of South Africa [CHASA] and the Professional Hunters Association of South Africa [PHASA] from membership of the CIC.

The Hodge family is yet to decide whether it will open the gates of their Marakele Animal Sanctuary again after it was forced to put down one of its ...
News
4 years ago

“The members of CIC present at the General Assembly decided by 114 votes to 3 that the organisations were in breach of the policies of the CIC and the expulsion of both organisations was confirmed. There were nine abstentions‚” he added.

In September 2016 the Executive Committee of CIC adopted IUCN Resolution 13 of 2016 which called on the South African government to terminate the hunting of captive-bred lions.

Since PHASA’s 2017 AGM in November‚ the world’s leading hunting institutions have moved to distance themselves from PHASA and the captive bred lion industry‚ which continues to tarnish South Africa’s conservation reputation.

Friday’s decision to expel PHASA and CHASA was widely welcomed by representatives of prominent African hunting bodies and organisations.

Danene Van der Westhuyzen‚ chairperson of OPHAA and vice president of NAPHA‚ said: “OPHAA as well as NAPHA unequivocally supports and applauds the decision made by all CIC members at the recent GA regarding their stance against CBL and the continuance of PHASA’s expulsion. It shows a movement towards unity‚ but even more so‚ that hunters condemn any such unethical practices.”

The lion industry may be economically sustainable but is not socially sustainable. The public will not tolerate it and will mobilise to close it down

Speaking for CPHSA‚ its president Stewart Dorrington said: “The decision by the CIC to expel PHASA and CHASA is not surprising. The CIC has always emphasised ethics and sportsmanship in hunting and are very conservation minded. Anybody who supports the captive bred lion industry in this day and age‚ will continue to isolate themselves from the world and their allies.

“The lion industry may be economically sustainable but is not socially sustainable. The public will not tolerate it and will mobilise to close it down.”

SAHGCA president‚ Gerhard Verdoorn‚ said: “The past two years have been an awakening for all hunters to return to the principles of hunting namely the fair chase of a wild animal in its wild state and in its natural environment.

The gruesome discovery of at least 54 dead lions and a further 260 plus lions in captive conditions at Steyn’s farm‚ “Wag n Bietjie” last week‚ sparked a firestorm of public rage over lions and tigers that are bred for the bullet and skinned for their bones for export to South East Asia’s widely unregulated quack-medicine markets and wildlife body-parts trade.

- This article was provided by the Conservation Trust

The Marakele animal sanctuary in Thabazimbi has been temporarily closed as the family of the owner‚ mauled by his lion Shamba‚ are in Johannesburg to ...
News
4 years ago

It's been a bloody time for the South African canned lion industry.
Ideas
4 years ago

Twitter wants Ma Ribs to be a speaker at the memorial service for Shamba the lion.
TshisaLIVE
4 years ago